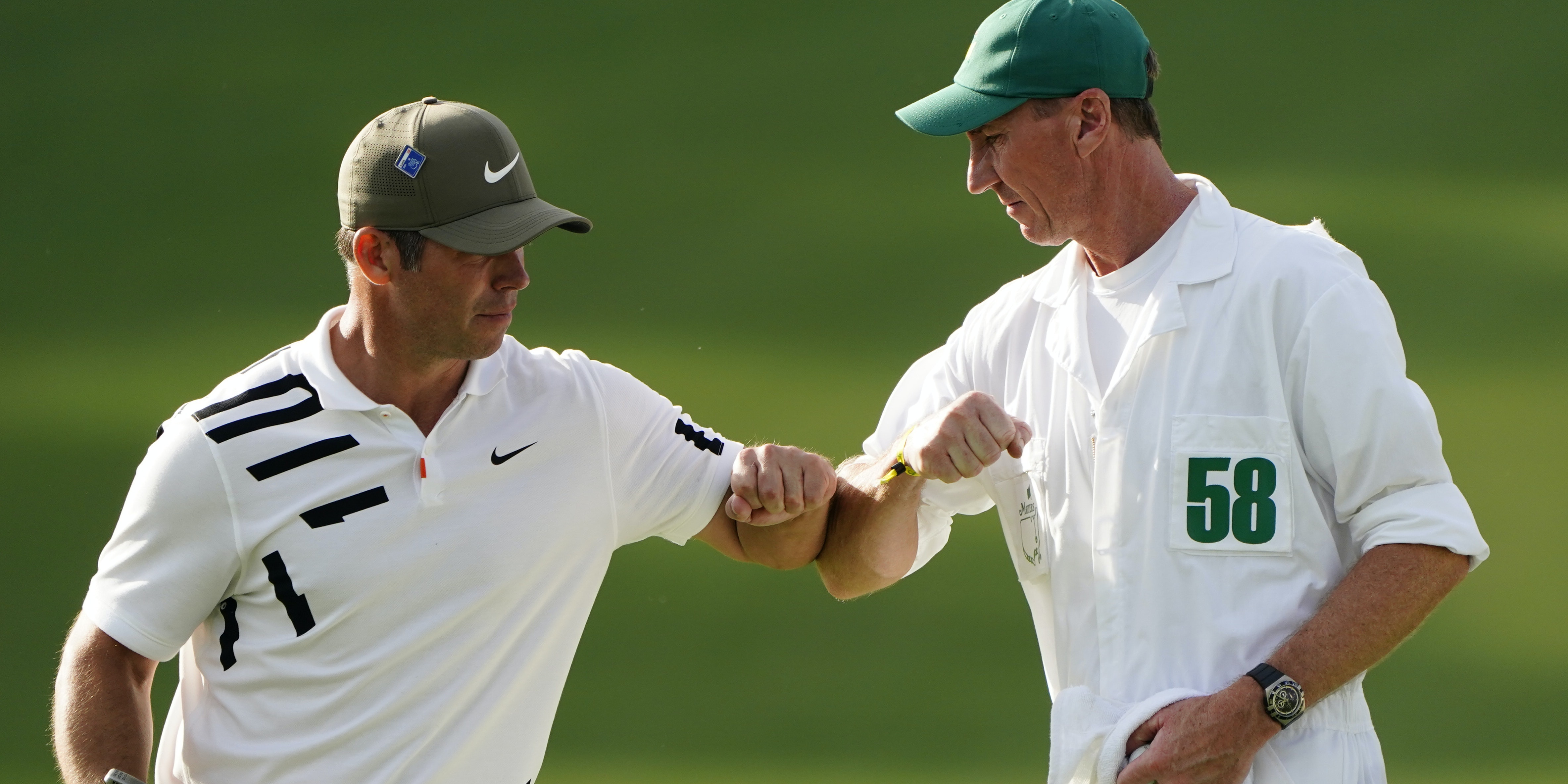 England’s Paul Casey claimed the clubhouse lead in the weather-affected first round of the Masters as Tiger Woods made an ominous start to the defence of his title.

US Open champion Bryson DeChambeau had dominated the headlines in the build-up to the week after overpowering Winged Foot on his way to a six-shot victory in the US Open in September.

And although DeChambeau recovered from a shaky start to finish two under par, Casey equalled the lowest round of his career at Augusta National with a flawless 65 to lead by two from Webb Simpson and Xander Schauffele.

Justin Thomas was five under par after 10 holes when play was halted due to darkness, with world number one Dustin Johnson three under after nine and playing partner Rory McIlroy level par.

Woods returned a bogey-free 68 to join Lee Westwood, 2018 champion Patrick Reed, Louis Oosthuizen and Hideki Matsuyama on four under par on a high-class leaderboard as the players took advantage of the soft conditions.

Casey has recorded five top 10s in the Masters, as many as in the other three majors combined, but missed the cut last year after slumping to an opening 81.

However, the 43-year-old finished second in the US PGA Championship in August and was in inspired form on Thursday, starting with a birdie on the 10th – his opening hole – and picking up further shots on the 13th, 15th and 16th.

Casey then followed a 359-yard drive on the par-five second with a stunning approach to four feet and converted the eagle attempt before carding his final birdie of the day on the sixth.

“I’ve just been excited to get out here,” Casey told Sky Sports. “I felt this season’s been flat. I’ve looked forward to this week for a long time.

“I know there’s no patrons out there but it’s a golf course I love to play, the chance to play it in 2020 in a very different situation was something I was looking forward to and I’ve put together a great round of golf today.

Woods, who ended an 11-year wait for his 15th major championship and fifth Masters title in 2019, had managed a best finish of tied 37th in six events since golf returned from the coronavirus shutdown, the most recent of which saw him joint 72nd in a 78-man field in his defence of the Zozo Championship.

But not for the first time he produced the goods at Augusta National and was inches away from a hole-in-one on the 16th to set up one of his four birdies.

After play got under way 10 minutes behind schedule due to darkness, only 25 minutes of action was possible before the siren sounded to call the players off the course due to the threat of lightning.

Heavy rain left standing water on several holes and play eventually resumed after a delay of two hours and 45 minutes which meant the first two rounds would not be completed on schedule.

DeChambeau almost made the ideal start on the 10th, his opening hole, following a 327-yard tee shot with a fairway wood and a well-judged approach which span back to just six feet from the hole.

However, he missed the birdie attempt and then hooked his tee shot on the 11th deep into the trees to the left of the fairway.

DeChambeau hit a provisional ball but was able to find his original and pitch out towards the 12th tee, from where he hit his third shot to 10 feet and holed the putt for an unlikely par.

In Monday’s practice round DeChambeau had needed only a pitching wedge to reach the green with his second shot to the par-five 13th.

Three days on it was a completely different story as he pushed his tee shot into the trees and then pulled his second into the bushes behind the green.

After hitting a provisional ball into Rae’s Creek, DeChambeau again found the original and took a penalty drop before fluffing his first chip and eventually walking away with a double-bogey seven.

DeChambeau steadied the ship with birdies on the 15th and 16th and also closed his round in style with two more on the eighth and ninth to keep himself in contention for back-to-back major titles.

“I’m very happy with the patience I delivered to the course today,” DeChambeau said. “This golf course, as much as I’m trying to attack it, it can bite back.

“I tried to take on some risk today. It didn’t work out as well as I thought it would have, but at the end of the day I’m proud of the way I handled myself and finished off.”