Five at the top in Abu Dhabi 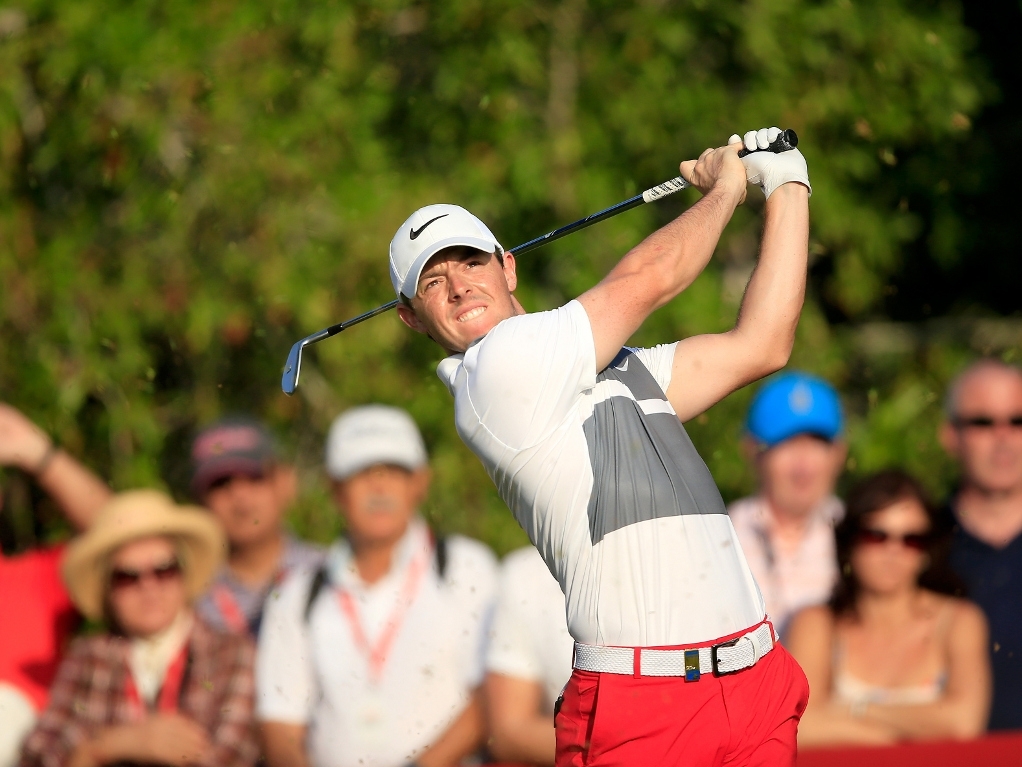 There were five players tied at the top at the Abu Dhabi HSBC Golf Championships when play was suspended.

Rory McIlroy, Branden Grace, Ian Poulter, Rickie Fowler and Joost Luiten are all locked in at ten under, though they are at various stages of their third round.

There are a whole host of players on nine under, including Henrik Stenson and England's Andy Sullivan.

Grace is just two holes shy of completing his round and is on course for a superb round, having rolled in six birdies to leave him on six under for the day.

The talented Fowler is four under through 11 and also boasts a flawless scorecard.

McIlroy still has the back nine to negotiate and his dropped shot on the par four fifth means the Northern Irishman is on two under for the round.

World number one Jordan Spieth – making his debut at the Abu Dhabi event – is still in with a shout on seven under, three shots off the pace. The Texan was one of the few to complete their third round, carding a four under 68.