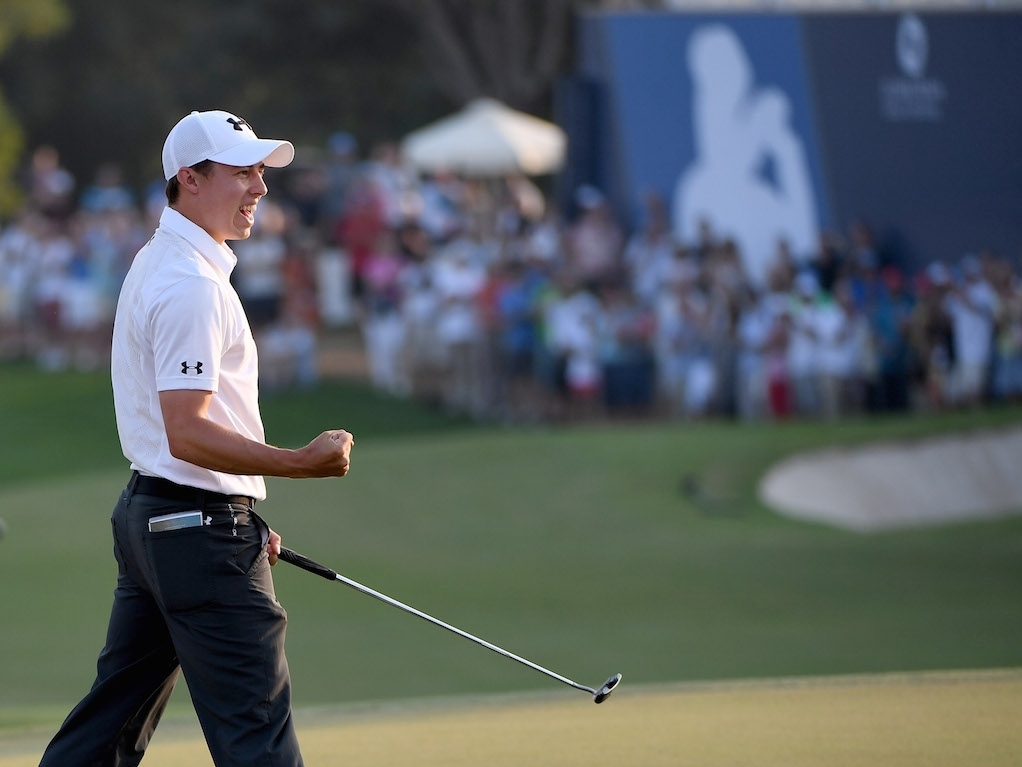 Matthew Fitzpatrick showed composure beyond his years to claim the season-ending DP World Tour Championship in Dubai on Sunday.

Fitzpatrick closed with a solid 67, that contained just one bogey, to get to 17 under and win the event by one shot from Tyrrell Hatton.

There was far more to the story than that though.

Fitzpatrick trailed Hatton by one shot as he stood on the 18th tee, but after Hatton carded a bogey at the last, Fitzpatrick made his move by calmly draining his birdie putt to get to 17 under and secure a third European Tour title.

Speaking after, the Englishman could not hide his delight.

"It means the world,” he beamed.

“To win one of these Final Series events is really special, and this one in particular, obviously the last tournament of the year. For me to win on the final week of the year is special.

"Four footers aren't normally what you want for the win but to finish it off like that makes it a lot sweeter.

"It's been a long year for me, and I've got to admit, this is just icing on the cake as a year goes. It's been a great one."

Henrik Stenson posted a 65 on Sunday to clinch his second Race to Dubai title as he finished the week in a tie for ninth with Rory McIlroy who also shot a closing 65.

Stenson and McIlroy's final round of the season: