Fitzpatrick shares the lead in Prague 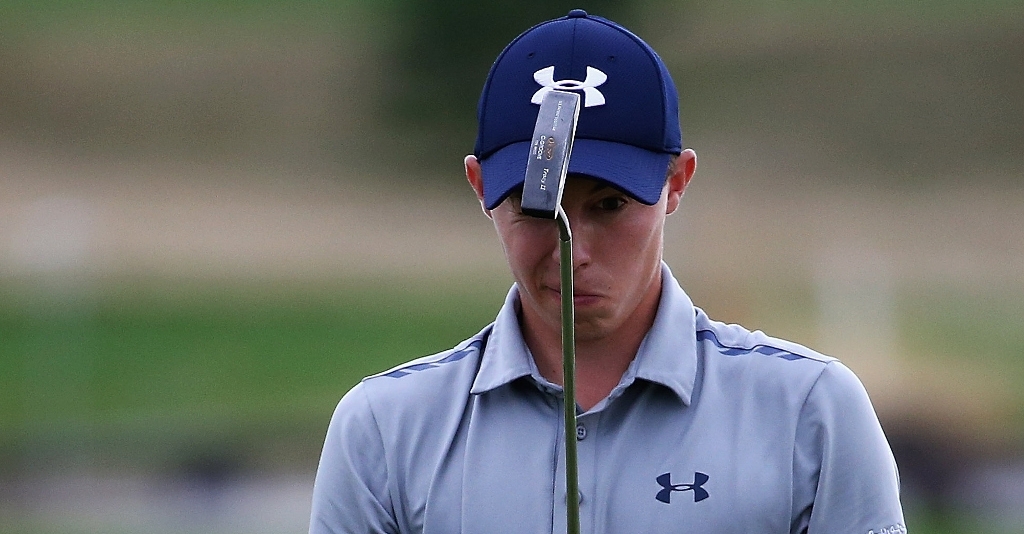 England's Matt Fitzpatrick grabbed a share of the Czech Masters lead with Pelle Edberg after Friday's second round.

Fitzpatrick has yet to make a bogey at Albatross Golf Resort this week, and followed up a flawless 66 with another blemish-free five-under-par 67.

Sweden's Edberg has also posted rounds of 66 and 67, and the duo are tied at the top of the leaderboard on 11 under par heading into the weekend.

Belgium's Thomas Pieters lies just one shot back after a 68, while English duo Sam Hutsby (70) and Robert Dinwiddie (67) are tied for fourth on eight under alongside Thorbjorn Olesen (69).

After two birdies in his first 11 holes, Fitzpatrick caught then clubhouse leader Pieters with an eagle from 20 feet at the 12th, while a final birdie at the last, again from 20 feet, saw him grab a share of the lead.

“It was very consistent today,” he told the European Tour. “I played nicely and hit a lot of greens again which is always important to keep making pars and then take your chances when you have them.

“I gave myself a few out there. I got a bit frustrated in the middle of the round when I wasn’t holing any putts; I missed a few chances but picked it up on the back nine.

“The putt on the 18th was a nice way to finish with a birdie, to pick up one more and move to the top."

Fitzpatrick hasn't won a European Tour title yet, but has four top-10 finishes to his name and was runner-up in Sweden last month, so he's getting closer and closer.

“I’m looking forward to the weekend now,” he added. “It’s another chance to put myself in contention for Sunday.

“I took a lot from contending in Crans. It was a great week for me.

“I don’t really know how to explain it but I gained a lot of experience from playing with Danny [Willett].

“He is top 30 in the world, so obviously one of the best players around. I spoke to Chubby [Chandler] the night before and he said don’t get too ahead of yourself, just take one shot at a time.

“I’ve played a lot of events this year and I feel like I have learned a lot already. It’s my dream to play professional golf.

“I don’t think I’ve realised yet how big an achievement it is to keep my card. It would be great to get to The Race to Dubai final having come from Q-School. I want to keep growing as a player and my goals are always changing. It feels like time is going so fast this year."

Edberg, meanwhile, reached 11 under courtesy of four birdies, and though he looked to have relinquished a share of the lead after bogeying the par-four 17th, he bounced back with a closing birdie to ensure he remained tied with Fitzpatrick.

“Like yesterday I putted really well,” Edberg said. “I holed a lot of putts and it was good off the tee and had some nice irons, so it added up to a good score.

“I couldn’t be in a better position. I’m feeling pretty good and feeling comfortable about most parts of my game.

“I feel confident so I want to see how well I can do this week.”