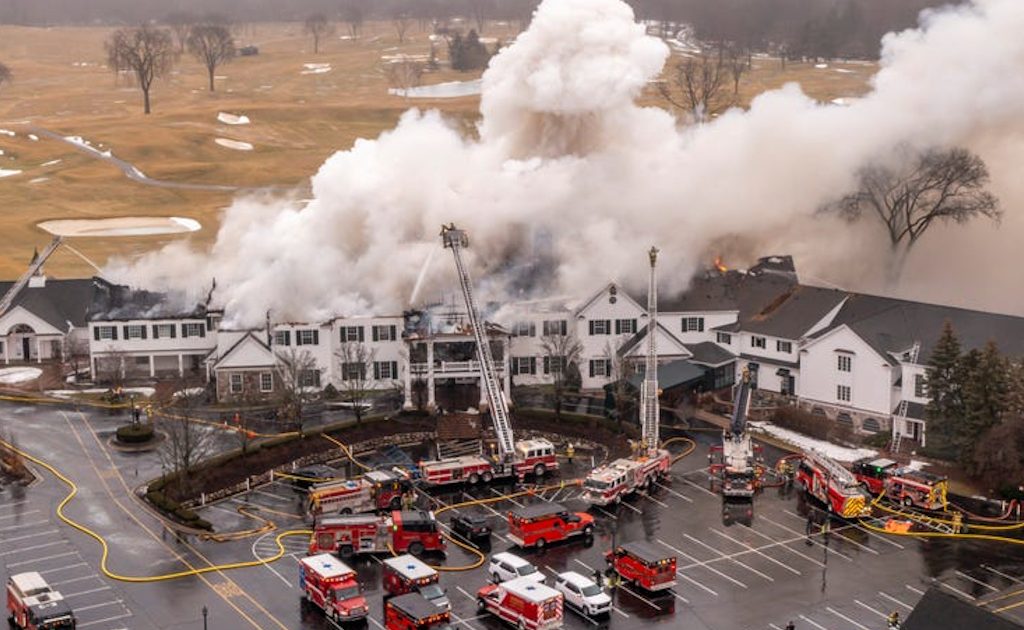 The clubhouse at Oakland Hills, venue for several major championships and the 2004 Ryder Cup, has been devastated by a major fire.

Local police in Bloomfield Township, a suburb of Detroit, have issued a photograph of the blaze and confirmed firefighters are on the scene.

Further images from local media showed major damage to the historic and grandiose clubhouse, which was opened in 1922. Much golf memorabilia is reported to have been lost.

“Thank you to the public for being understanding with all of the traffic issues necessary to get the trucks and equipment on scene.

“We always say that if you live, work, worship, or school within Bloomfield then you are a part of our community.

“Oakland Hills and their employees are a staple in our community, and have been since 1916. Well wishes to so many of the workers at OHCC that call the club home.”

Golf has been played at Oakland Hills since 1916 and the venue has hosted the US Open six times. It has also staged the US PGA Championship on three occasions, most recently in 2008, when the winner was Irishman Padraig Harrington.

A European team captained by Bernard Langer beat the United States at the venue in the Ryder Cup 18 years ago.