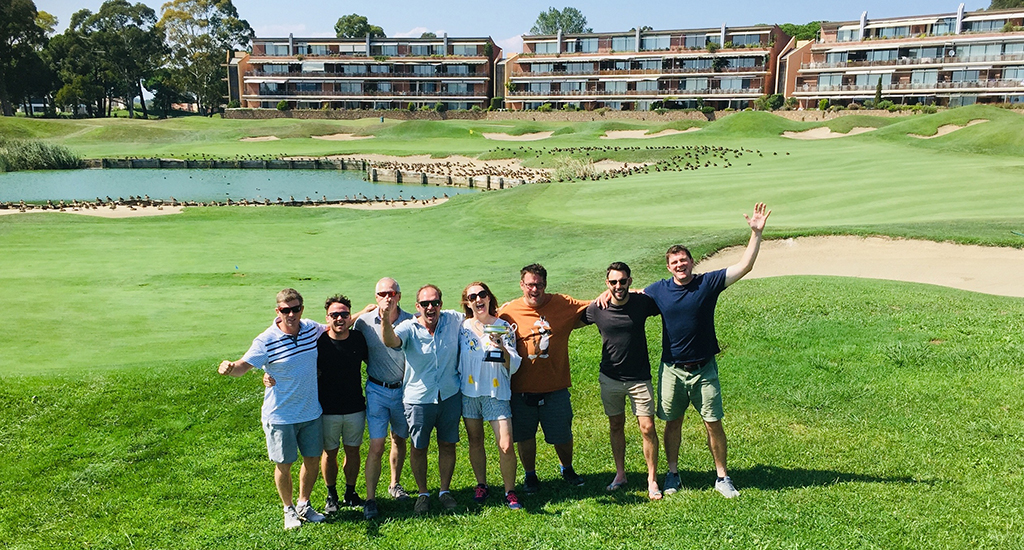 Fiona Phelps overcame the odds to win the battle of the sexes as she claimed the Taste of Costa Brava 2019 title.

The Cranleigh Golf & Country Club member was the only female qualifier from eight events, which were hosted at courses in her home county of Surrey as well as Hampshire, Sussex and Kent. Around 1,000 amateur golfers took part with the winners from each event then treated to a three-day trip to one of Spain’s top golf destinations to crown the 2019 champion.

After a warm-up up at Golf Costa Brava, the battle for the title was then played over two competitive rounds at Empordà and PGA Catalunya’s Stadium course, which has previously hosted the European Tour’s Q School and is regarded as one of Europe’s top courses.

The competitors also got a chance to explore the historic city of Girona and the surrounding region, which is situated an hour or so from Barcelona. But it was Phelps who took the honours with an excellent 36 Stableford points at the imposing PGA Catalunya before following up with 29 points at Empordà to see off her rivals.

Phelps, a director of a marketing consultancy company, said: “It was a fantastic trip and even better to win. I have two golfing brothers and it’s always nice to beat them – so it was nice to win it for the sisters!

“I had a five-point lead after day one so I was going into the second round thinking ‘I’m the leader – oh dear!’ I started badly on the first hole but I had a little word with myself and played well after that to end up winning by seven points.

“It was a really nice group and the courses were just amazing, it’s a stunning region in Spain and I’m already looking to arrange a family trip out there next year.”

Phelps, who has been playing golf for five years, has struck a rich vein of form this summer, which culminated in her first victory on foreign soil.

She said: “I shot 42 points when I won the event at Cranleigh as a 28-handicapper and was then cut to 26 for the final. I’ve since been cut again to 24 so I am going in the right direction but I’m hoping to get down to the high teens next year.”

Laia Cunill, marketing and promotion manager at Golf Costa Brava, said: “It was a real pleasure to welcome our finalists and congratulations to everyone – especially Fiona on her victory. We are working on plans for the 2020 Taste of Costa Brava event and hope it will be just as popular again.”

To learn more about playing golf in the Costa Brava, visit golf.costabrava.org