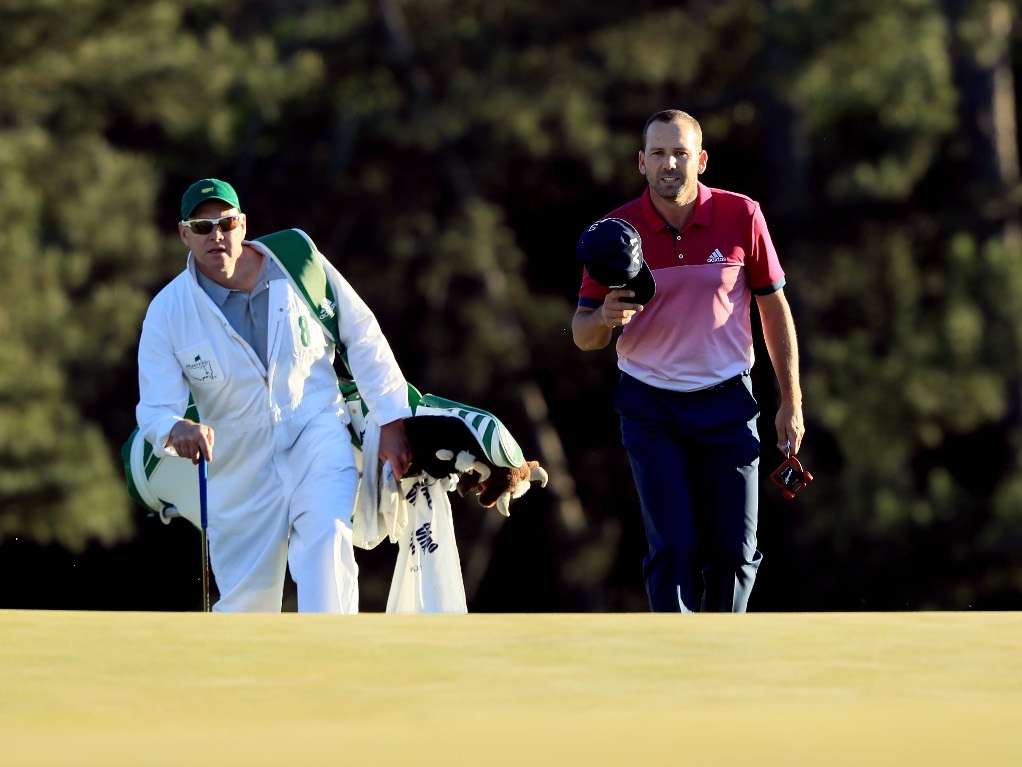 With only 18 holes remaining, a host of big names remain in contention for the 81st Masters title after Saturday’s third round.

After two challenging days at Augusta National, the storied course proved more receptive on Saturday, and several low scores were posted near the top of a crowded and star-studded leaderboard.

Sharing the lead heading into the final round are England’s Justin Rose and Sergio Garcia of Spain.

Rose posted a superb five-under-par 67 to take his total to six under par, level with Garcia who stayed solid with a two-under 70.

Rose mixed seven birdies with two bogeys in a stellar performance, and will be particularly happy with the way he finished, as closing birdies at 17 and 18 rocketed him to the top of the leaderboard.

Garcia has come close numerous times but remains arguably the best current player never to have won one of golf’s four major championships. A win for the Spaniard would certainly be a popular one, with many feeling he has long deserved to join the major-winners club.

Rose and Garcia are far from the only ones still in the running, however.

Lying just one shot off the pace is Rickie Fowler after a 71, another quality player still searching for his first major trophy. Back in 2014, the American finished runner-up in three of the year’s big four tournaments, and so will certainly feel he is due a win as well.

Lurking two shots back are three players – Ryan Moore (69), Charley Hoffman (72) and, ominously, Jordan Spieth, who made a big move with a 68.

Spieth famously won the Masters back in 2015 and looked on course for a repeat performance last year before a dramatic final-day collapse.

Whether or not he can erase those bad memories and atone for his disappointment will be one of the major storylines of tomorrow’s final round.

Hoffman, meanwhile, led the tournament for most of the third round before a double-bogey at the par-3 16th saw him relinquish the top spot.

At three under, 2013 Augusta champion Adam Scott (69) certainly can’t be ruled out, while another former Masters winner, Charl Schwartzel (68) follows a shot further back.

In a tie for ninth place on one under, five shots back and still in with a shout, are Thomas Pieters and Lee Westwood.

Pieters was one of four overnight leaders but shot a disappointing 75 to fall off the pace.

Rory McIlroy shot a 71 to lie on even par, six back. Should the leaders falter, he could still force his way into the reckoning.