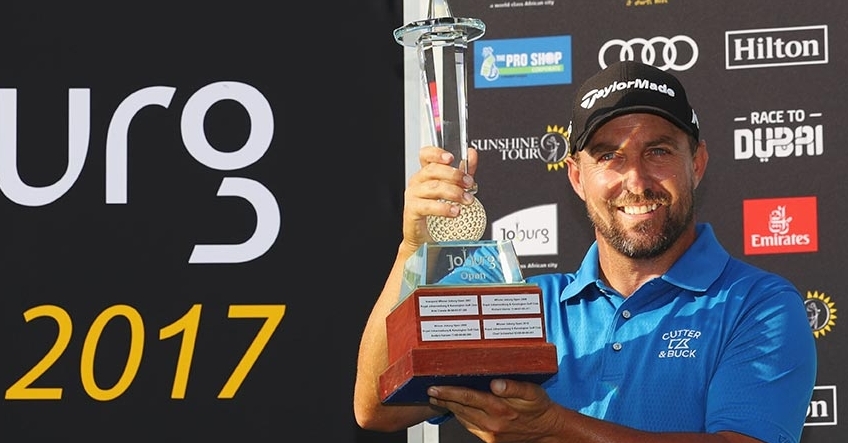 South Africa's Darren Fichardt claimed a fifth European Tour title by winning the Joburg Open by one shot on Sunday after the tournament was reduced to 54 holes after Saturday's third round could not be completed due to thunder, lightning and course flooding.

Fichardt nailed a birdie on the final hole of his third round for a four-under-par round of 68 to finish with a total of 15 under, one shot ahead of Welshman Stuart Manley and England's Paul Waring.

Manley was the clubhouse leader after firing a third successive round of 67 while Waring shot a 69 to join him second overall.

The top three now qualify for the 146th Open Championship at Royal Birkdale.

The 41-year-old Fichardt made birdies at the first, sixth, eighth, 12th and 18th including a bogey on the 17th for his 14 under total.

Fichardt and countryman Jacques Kruyswijk were leading at one stage but a double bogey on the 14th ended Kruyswijk's charge for Fichardt to sit two shots clear at the top.

Waring and Manley pulled shots back on the 16th and 18th holes with birdies respectively as Fichardt's bogey on the 17th had it all square with a hole to go.

Then on the final hole, Fichardt sunk a close-range birdie to finish on 15 under and claim the win.

"The form I have been having the last couple of months has been horrendous but I decided at the beginning of the year that I was going to play as many tournaments as I can and just get my game right and yeah, it worked out," the South African said.