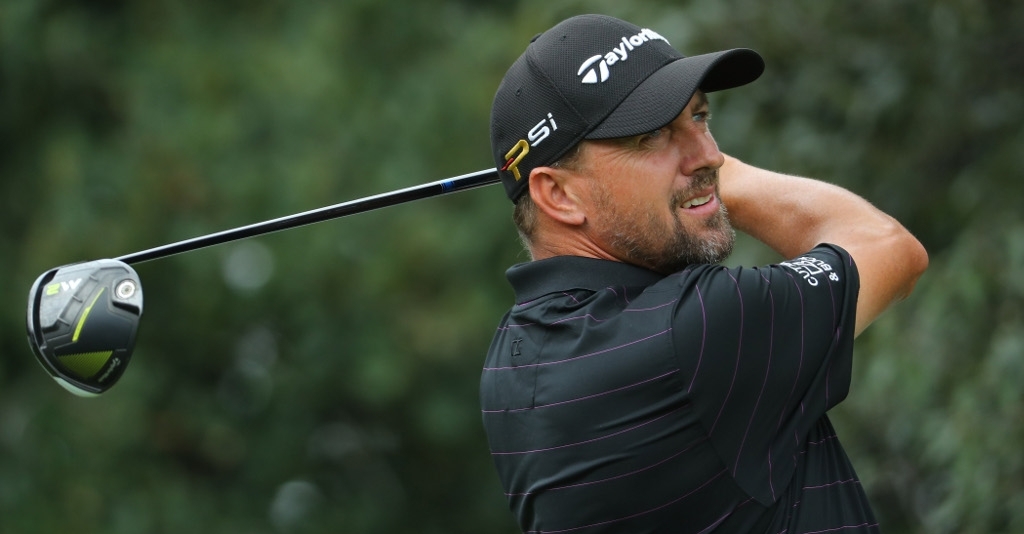 Darren Fichardt got his putting together with a vengeance on Friday as he marched around the East course at Royal Johannesburg and Kensington Golf Club in six-under-par 66 in the incomplete second round of the Joburg Open.

After days of heavy rains, the first round was delayed on Thursday, completed on Friday, and the second round got underway some three-and-a-half hours behind schedule. Fichardt’s round put him one shot clear of Jacques Kruyswijk, but there was a large number of players still to complete round two ahead of the 36-hole cut – amongst them Paul Waring of England who was at 12-under through 12 holes in his second round, and Dean Burmester on 11-under through 15.

“I have been struggling so much with putting but, a new putter, new grip and I’m very comfortable,” Fichardt said. “I’m feeling very, very good for the first time in a long time. My game has been pretty good for the last two years, it’s just that putting is scoring. Putting and chipping is just scoring so that’s why I’ve been scarce on the leaderboard. But I’m feeling very confident, very comfortable with the putting and it’s nice to stand over a putt and feel like you are going to make it.”

Fichardt was one of 98 players who had to complete their opening rounds on Friday morning after play was suspended due to a waterlogged course at 2.35pm local time on Thursday.

More rain overnight caused further delays on Friday, but when play finally got back under way at 9.30am, Fichardt fired two birdies in his final six holes on the West course to get to five under and sit four shots behind overnight leader Paul Peterson.

There was no rest for the four-time European Tour winner, however, who dashed to the East course to begin his second round.

Fichardt holed his five-foot birdie putt at the first before making further gains at the third and fourth to get to eight-under. The 41-year-old picked up another shot at the sixth to join Peterson before a superb eagle at the eighth saw him establish a two-shot lead.

Fichardt dropped his first shot of the tournament so far at the 10th before safely parring the next seven holes.

But a birdie from close range at the last saw him get to 11-under.

He was thrilled with his performance on the front nine on the East course. “I got off to a great start,” he said. “I knew it was going to play long and I needed to get off to a good start and that I did.

“I got to six-under pretty quickly – after eight I was six-under so I was very happy about that start. Unfortunately I made a bogey on the tenth and then birdied the 18th, so I ended off well. But I am very happy with 66.

“I haven’t stumbled into this position. It’s been a lot of hard work and a lot of perseverance. I have been working hard the past seven weeks and I think it’s starting to pay off.”