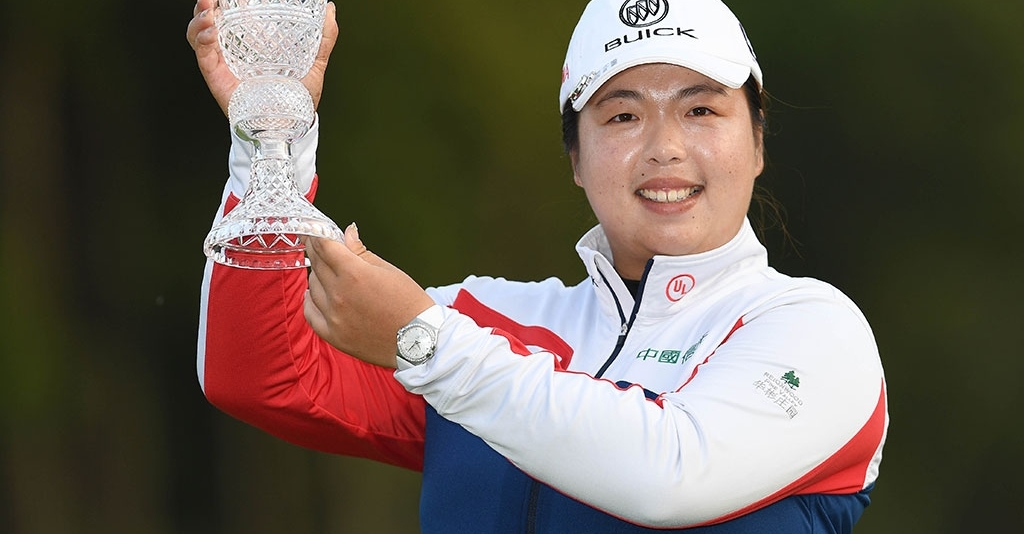 China's Shanshan Feng fired a final round two-under-par 70 to win the TOTO Japan Classic by one shot over South Korea's Ha Na Jang on Sunday for her second straight victory.

The 27-year-old Feng nailed three straight mid-round birdies at the Taiheiyo Club's tree-lined Minori Course for a 13 under total 203 to pocket $225,000.00 and her sixth LPGA Tour title a week after winning in Malaysia.

Feng birdies the ninth, tenth, 11th and 17th holes with a double bogey on the 18th.

Korea Republic’s, Jang, shot her third straight 68 with birdies at the first, fourth and fifth on the front nine and followed that up with birdies on the 11th, 16th and 17th while bogeying the fifth and 13th. Last month, Jang won in Taiwan for her third LPGA victory of the year.

Ariya Jutanugarn, who was one shot off the pace on Saturday, fired a disappointing 74 to tie for 10th at eight under, missing the chance to wrap up the LPGA Tour player of the year award with a victory, having won five times this season.