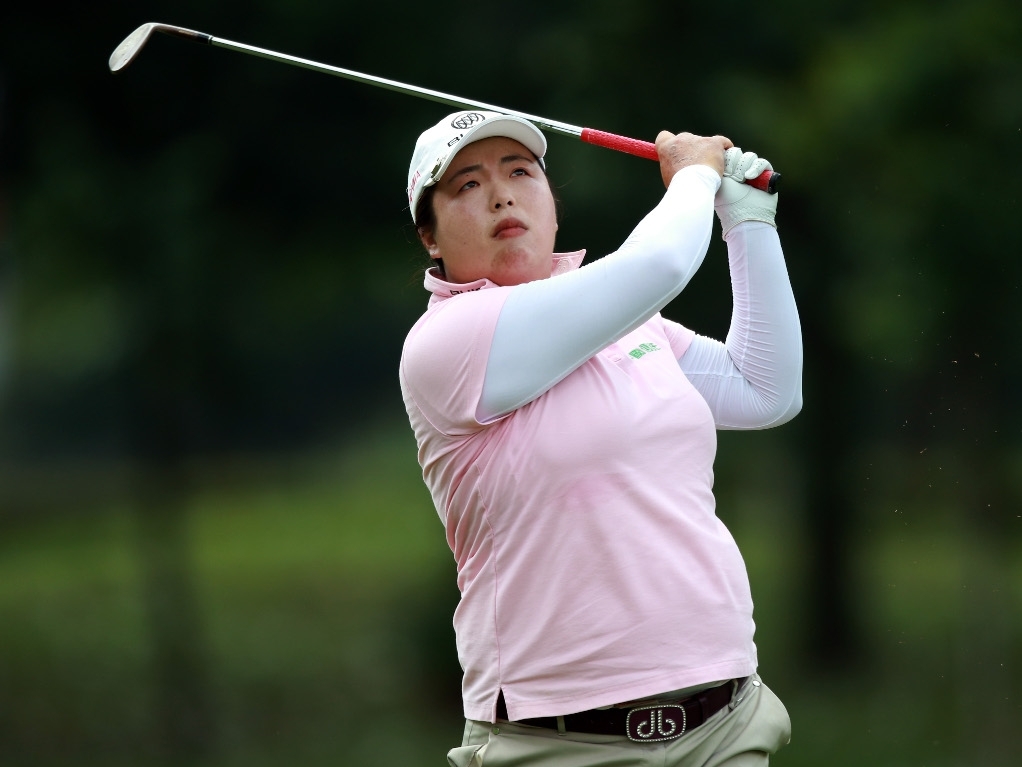 Shanshan Feng had a one shot lead of the Sime Darby LPGA Malaysia when darkness stopped play during round three on Saturday.

The Chinese star is seven under with one hole to play at TPC Kuala Lumpur, leaving her on 13 under for the tournament, one stroke ahead of Anna Nordqvist who has three holes left to complete her round.

Play was suspended for nearly five hours after heavy rains washed over the course. When play resumed, those at the back end of the field were in a race against the fading light.

Feng was superb in round three, with two birdies and an eagle on the front nine and four birdies and a bogey in her final eight holes of the day.

"I didn't set any goals coming into this week, but I know that recently I've been playing pretty well," said the 27-year-old.

"Every week, I know that I actually get pretty close of winning. So this week, I know that my record here is really good in Malaysia and I've won here before. Finished second last year. So coming back here, I've had so many good memories that I'm really relaxed and really enjoying the week. Of course, I think that really helps me to bring out my A-Game."

Nordqvist is five under for her round and on 12 under par overall, while first round leader Amy Yang is on 11 under with three to play.

Candie Kung also has three holes left and while Suzann Pettersen carded a 66. Both are locked in T4.

World number one Lydia Ko stormed into contention with a six under 65 to leave her five strokes off the pace in T8.