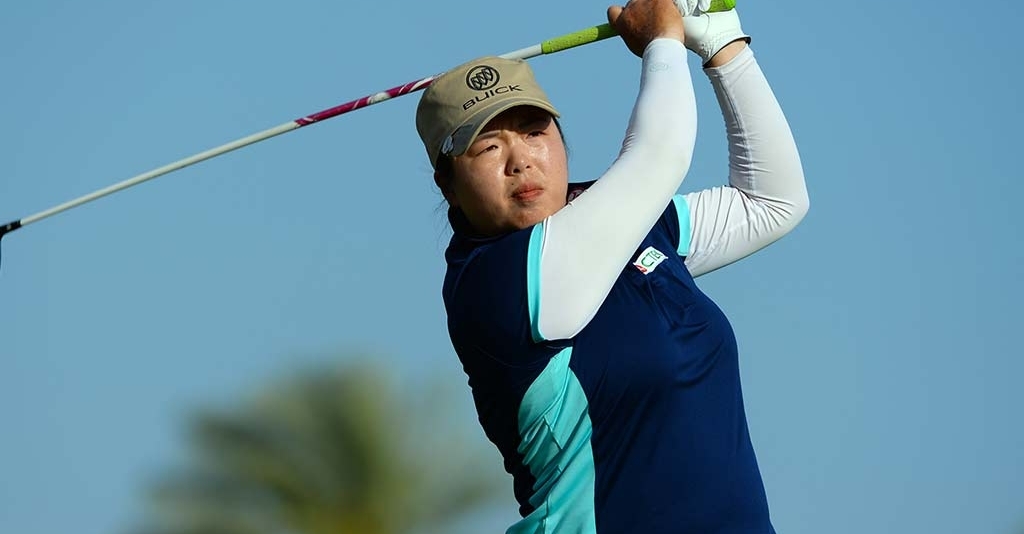 China's Shanshan Feng scored back-to-back 67s for a 10 under par 134 to lead after two rounds at the Omega Dubai Ladies Masters at the Emirates Golf Club on Thursday.

Feng is two shots ahead of England's Dame Laura Davies and five ahead of Caroline Hedwall of Sweden and Thailand’s Pornanong Phatlum.

“I am really relaxed. I have done well so far and will just keep trying to do the same things again,” said Feng afterwards.

“This (Majlis) course is about making birdies. If any player who shoots nine or 10 under in one round will stand a chance of catching up with me,” said the 26-year-old, who holds the record of the lowest 72-hole score, a 21-under par 267 she posted in 2012.

“I am not thinking about it. Every year conditions are a little bit different, so, it doesn’t really matter if I break my own record or not. I just want to enjoy and be relaxed this week. I have had two good days so far, and there is another two days to go,” she added.

Davies sits at eight under par after shooting two rounds of 68 while Phatlum and Hedwall both made four birdies to sit at five under par.

Tied for fifth on four under par are Ariane Provot and Jade Schaeffer while overnight co-leader Liz Young from England scored a second round three under par 75 for a share of seventh place.

The other first round co-leader Carmen Alonso scored a 77 for a share of 14th position.