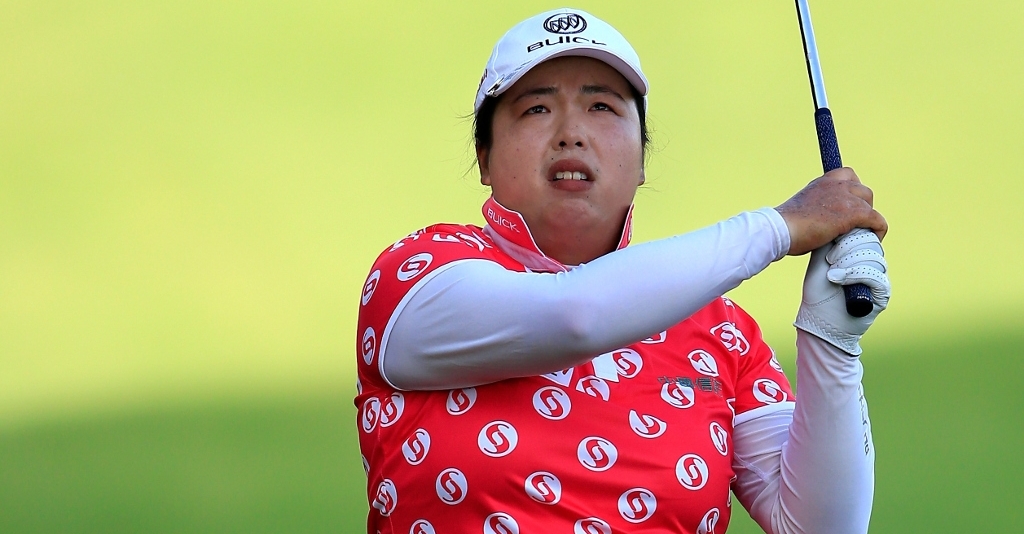 Shanshan Feng calls Dubai her lucky place for a reason as she turned the Majlis course into her personal playground on “Pink Friday”, racing to a commanding five-shot lead going into the final round of the Omega Dubai Ladies Masters at Emirates Golf Club.

Two shots in front overnight, the world number six carded a 67 for the third day on the trot to reach 15 under for the tournament as her nearest challenger Dame Laura Davies slipped to 10th after a third-round 77.

Feng racked up five birdies in machine-like fashion on the front nine before dropping a shot at the 12th – her first in 48 holes. She made another bogey on the 15th, but rebounded with a birdie on the 17th, inexorably moving closer to winning a record third time in Dubai.

“Today, I think the front nine was really good. I had many birdie chances and a lot of them were really close. The back nine, well, I made a couple bogeys there. I think it just happens. It's normal because the day was a little bit more wind. So human beings, we're going to make mistakes. After that, I was happy that I made birdie on the 17th,” Feng said.

Feng was cruising with a 10 stroke lead after 11 holes but Thailand’s Thidapa Suwannapura, placed seventh overnight, fired a sizzling 65 – the tournament’s best score thus far – in windy conditions to jump to second on 10-under par.

The 2013 Hero Women’s Indian Open champion went to the turn in level par but picked up a stroke on the 10th before finishing with six straight birdies from the 13th for a back nine of seven under.

Suwannapura raised her game on the back nine despite struggling to walk with a painful hip and glut injury.

The 22-year-old said: “Today I just see the line and my caddie, Matt, he's my friend, and he can see the same thing as me. Like, yeah, I like it, just knock it, and it's in. I'm like, yay.  Just keep going. It's not easy out there. I'm not expecting anything. I'm just hitting balls and trying to knock it on the green. Just par is fine for me.”

France’s Jade Schaeffer returned a 70 to end the day four strokes back in third position. The two-time LET winner, who last won in Prague in 2011, has only made 12 starts on tour this year and said: “I'm very happy, because I don't play a lot of tournaments this year and I'm just training a lot with a new coach. I'm so happy now that it's working good. Just my head, I feel very well and I hope tomorrow is good, too.”

Germany’s Caroline Masson and Melissa Reid from England share fifth spot a stroke further back, but they are 10 shots from the lead.