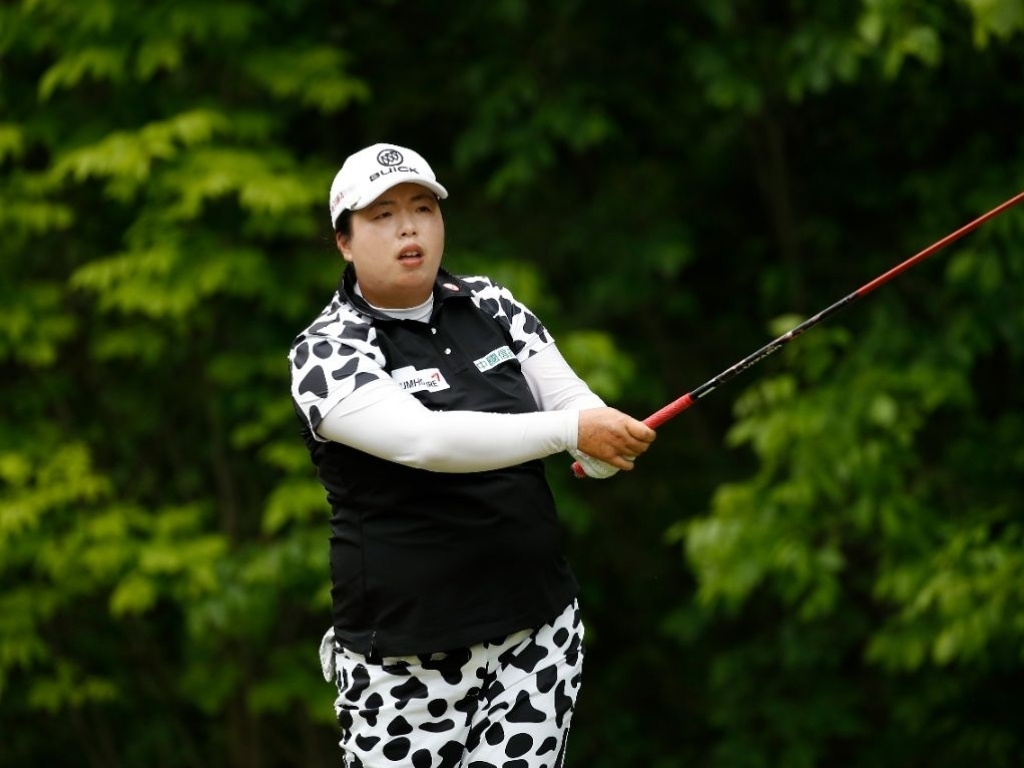 Feng Shanshan takes a slender one-shot lead into the final round of the LPGA Volvik Championship after firing in six birdies in Michigan.

The Chinese player produced a six under par round of 66 on Saturday to move to 15-under overall – one shot ahead of American Lizette Salas.

Feng has finished in the top 10 on three occasions this season, although she hasn’t tasted a tour victory since last year’s Japan Classic.

But back-to-back birdies on her final two holes gave her an advantage at the leaderboard summit after Salas bogeyed the last.

.@shanshanfengCHN excited to be hitting the ball as good as she was at the end of last year. Watch interview w/ @TheAmyRogers #VolvikLPGA pic.twitter.com/OIVoTqVOLB

“I started the round a little slowly. I was only one-under through eight holes and then I made two putts in a row on the ninth and 10th,” Feng said.

“After that I was just feeling like, ‘Oh, I can start making birdies,’ and I was more comfortable.

“I’m feeling good about my condition right now and what I’ve done the first three days, so I am looking forward to the final day.”

Norway’s Suzann Pettersen is in third on 13 under, while overnight leader Park Sung-Hyun and fellow South Korean player Lee Jeong-Eun are a shot further back.

.@suzannpettersen cranks out another great round at the #VolvikLPGA! She’s just two back heading into Sunday. Watch: pic.twitter.com/8ThUoYOKWK