Father and son the heroes at Cranleigh 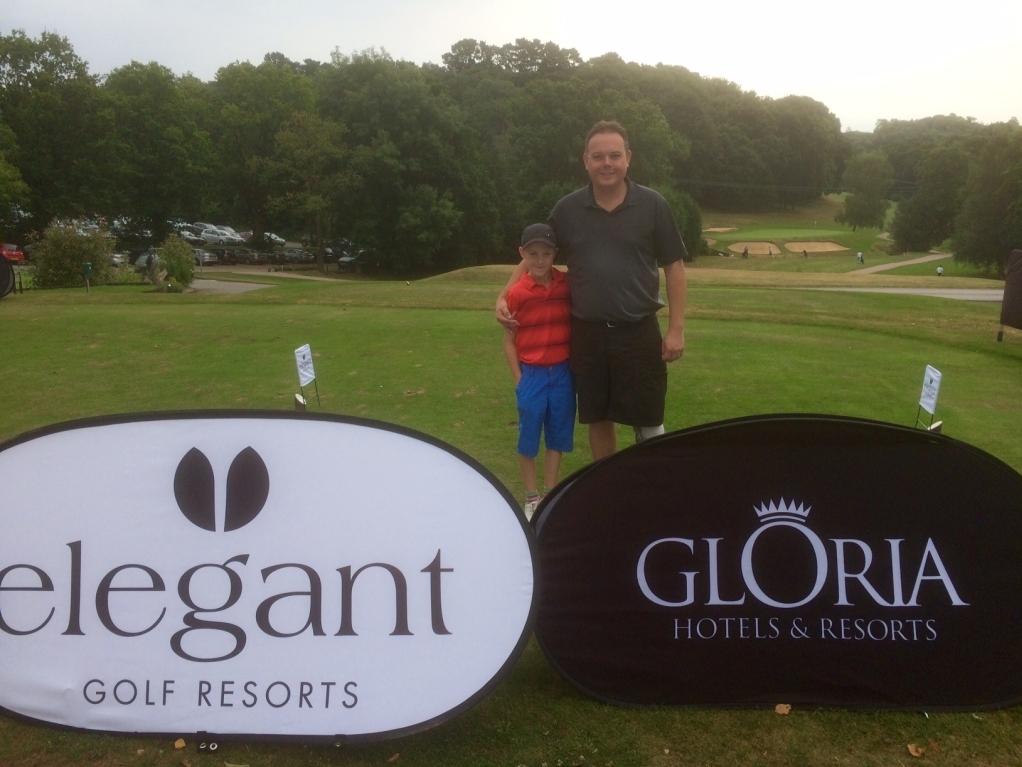 A father and son combination were picture perfect as they became the final pair to seal their place at the Gloria Hotels & Resorts UK Pairs' Golf Championship Grand Final in the qualifier at Cranleigh Golf and Country Club in Surrey.

The competition is held in association with Elegant Golf Resorts – specialists in luxury golf holidays – and Monarch. It boasts a top prize of an all-inclusive stay including flights at the lavish Mediterranean five-star resort in Belek on the Turkish Riviera for the winners of the Grand Final, which will be hosted at Stoke Park Country Club Spa & Hotel on September 26.

And camera expert and five-handicapper Wes is now ready for the added exposure of Stoke Park after his 26-handicapper son came up with a flash of inspiration at the photogenic Cranleigh course, which requires strategy and accuracy over power.

Wes said: "It was quite unexpected. We couldn't have dovetailed any better and we both played really well.

"The guys we played with were going well and that helped because we dragged each other along.

"I played nicely and was one or two under gross. There were a couple of holes where I was going to make a bogey and Josh managed a couple of miraculous up-and-downs."

The nine-year-old Cranleigh Primary School student will now be eager to show his abilities once again at Stoke Park.

Dad Wes said: "I'm not sure he was fully aware of how well we were doing during the round. He was more worried about his own score! He started playing when he was two years old and got his first handicap last summer.

"He's only recently been playing off the white tees and it takes a bit of getting used to. He got his first cut last month and when he gets a bit bigger and stronger, I'm sure he will kick on again.

"But he is very excited about playing in the final. We will go there and enjoy it."

The eventual winners will be flying from London Gatwick to Antalya airport in Turkey with scheduled leisure airline Monarch. Antalya is one of more than 40 destinations that Monarch flies to from its five UK bases including London Gatwick, Birmingham, Manchester, Leeds Bradford and London Luton.