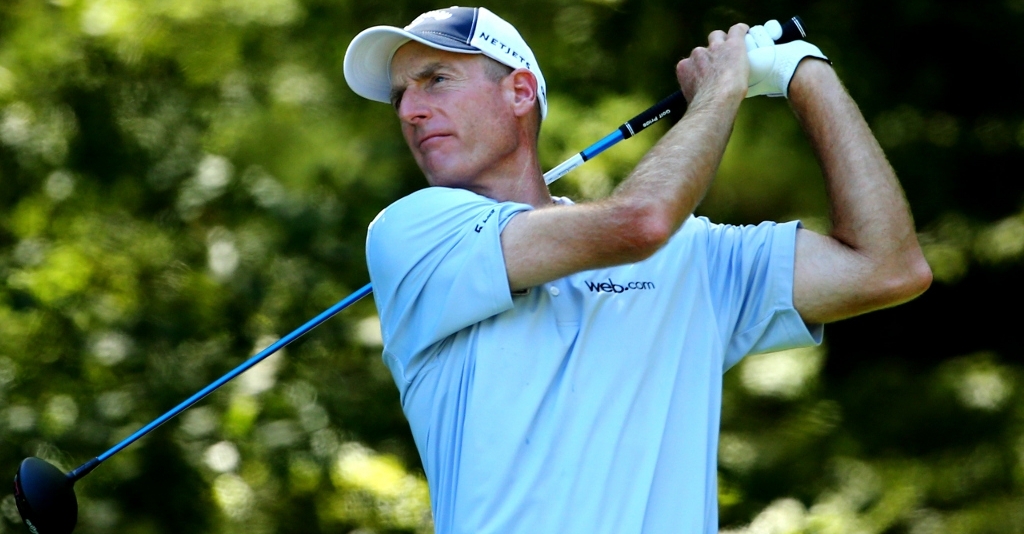 Jim Furyk posted a record breaking round, a flawless 12 under 58, at the Travelers Championship on Sunday.

The veteran started the final round at TPC River Highlands at one over par, a whopping 16 strokes behind leader Daniel Berger.

With nothing to lose, Furyk set the course alight in the benign conditions in Cromwell and was four under par for the round after four holes, thanks to a 134 yard hole out for eagle on the par four third.

But the 46-year-old was just getting warmed up.

Furyk then went on an incredible run of seven straight birdies before missing out on the par five 13th. An accurate tee shot lead to another gain on the par three 16th before he wrapped up the round with two pars for a PGA Tour record.

The round moved him up to fifth in the standings, with the leaders yet to tee off.

While Furyk is missing out on the Olympic Games, he’ll still feel golden after today. Well played, sir.