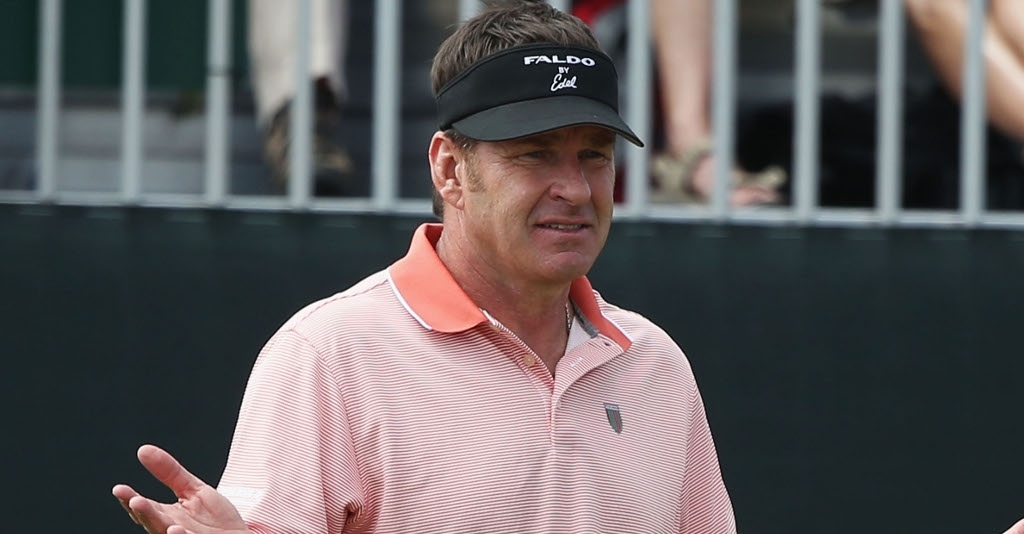 Sir Nick Faldo believes the United States will be favourites for next year's Ryder Cup against an inexperienced European team.

While Europe have been dominant in the competition in recent years, Darren Clarke is expected to field as many as six rookies at Hazeltine next year, something which could count in the Americans' favour.

With Davis Love's line-up expected to be pretty similar to the last Ryder Cup at Gleneagles in 2014, Faldo says there could be a "changing of the guard".

"I think America could be the favourites this time because the backbone of their team will be similar to the last one," Faldo told Reuters. "Europe's backbone could be very different. We could easily have six rookies.

"There are a lot of names America won't know a lot about if we get the likes of Tommy Fleetwood, Andy Sullivan and Danny Willett making the team.

"That could be a bad thing but it could also be a good thing because sometimes it can be quite nice to be a little bit of an unknown. I think that's going to happen and we'll probably have a fresh half of our team."

While Ryder Cup stalwarts like Lee Westwood and Ian Poulter face a tough task to qualify, newcomers like Matt Fitzpatrick, who won the British Masters, and Ireland's Shane Lowry, the WGC-Bridgestone Invitational champion, are pushing hard for inclusion.

"There is going to be a changing of the guard, a few of our guys are getting a little older," added Faldo.

"America need to get a couple of good partnerships. That has always been the strength of Europe, we have had Ballesteros and Olazabal, me with Ian Woosnam or Colin Montgomerie and Bernhard Langer.

"The Americans have struggled with that recently. Their strongest pair has been Phil Mickelson and Keegan Bradley; even that one gets broken up at the wrong time. They have got to find a couple of good pairings but the bottom line is they must find a way to win."