Fahrbring shares the lead in Italy 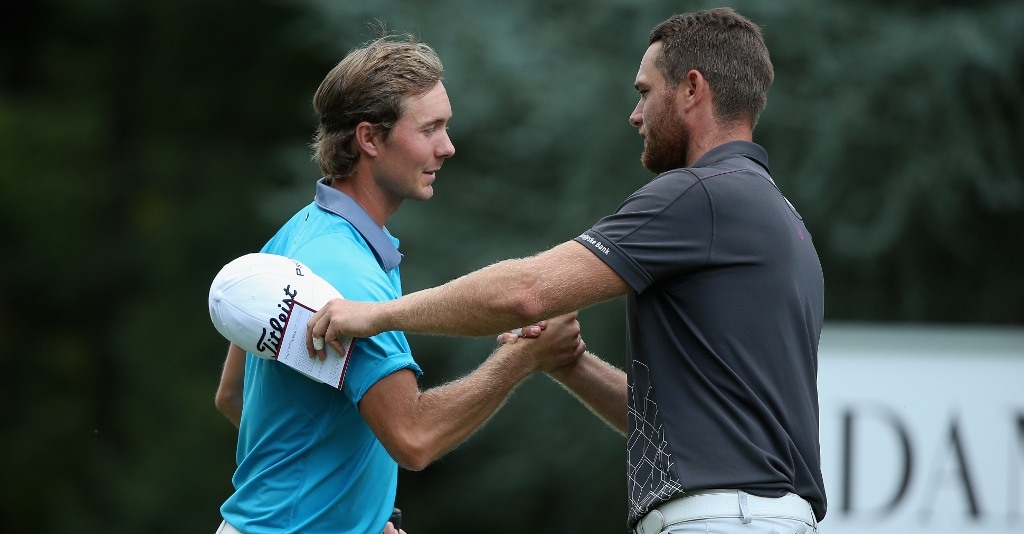 Jens Fahrbring and Lucas Bjerregaard share a two-shot lead at the top of the Open D'Italia leaderboard following the second round.

Nicolas Colsaerts shot 63 in the opening round on Thursday, but was unable to keep up the pace and was soon overtaken by Fahrbring after dropping two shots in his opening five holes.

The Swede picked up shots on holes 11 and 12 and despite giving back one on the 13th, made gains on the 14th, 16th and 17th. Birdies on first, second and sixth and four on the ninth moved him joint top with Bjerregaard.

And Fahrbring revealed after the end of play on Friday that he had been battling illness throughout the round.

"I am quite surprised where I am because I was not well at the start of this week," he told the European Tour website. "I picked up a cold and a fever last week in Kazakhstan on the Challenge Tour so yesterday was a struggle and I didn't expect to play so well. Today was a little better in terms of how I felt, and perhaps being unwell helped calm me down and lowered my expectations.

"It was great to be out there with Lucas as he was playing well and we have played a lot of golf together over the years so I think we helped each other along.

"Winning this year on the Challenge Tour has taught me a lot about my game. The more you can do that and put yourself under pressure then the better player you will become. Hopefully that helps into this weekend but this is the first time I have been this high at a European Tour event."

The big-hitting Bjerregaard, who played alongside Fahrbring, made two birdies in his opening nine, before picking up shots on the third, fourth and eighth to turn in a 65.

Oriol catapulted up the standings with a 29 on the back nine, also going around in 65, with five birdies and an eagle on the way.

Richard Karlberg dropped back to 10-under, alongside David Lipsky, Bernd Wiesberger and Martin Kaymer, despite setting the early pace with a birdie on his first hole and four successive gains from the 14th.

However, a bogey-bogey finish after birdies on the first and fourth meant he would sit tied for seventh.

Kaymer bogeyed on the 12th, but picked up five more shots following an eagle on the 14th to finish on 66 for the round.