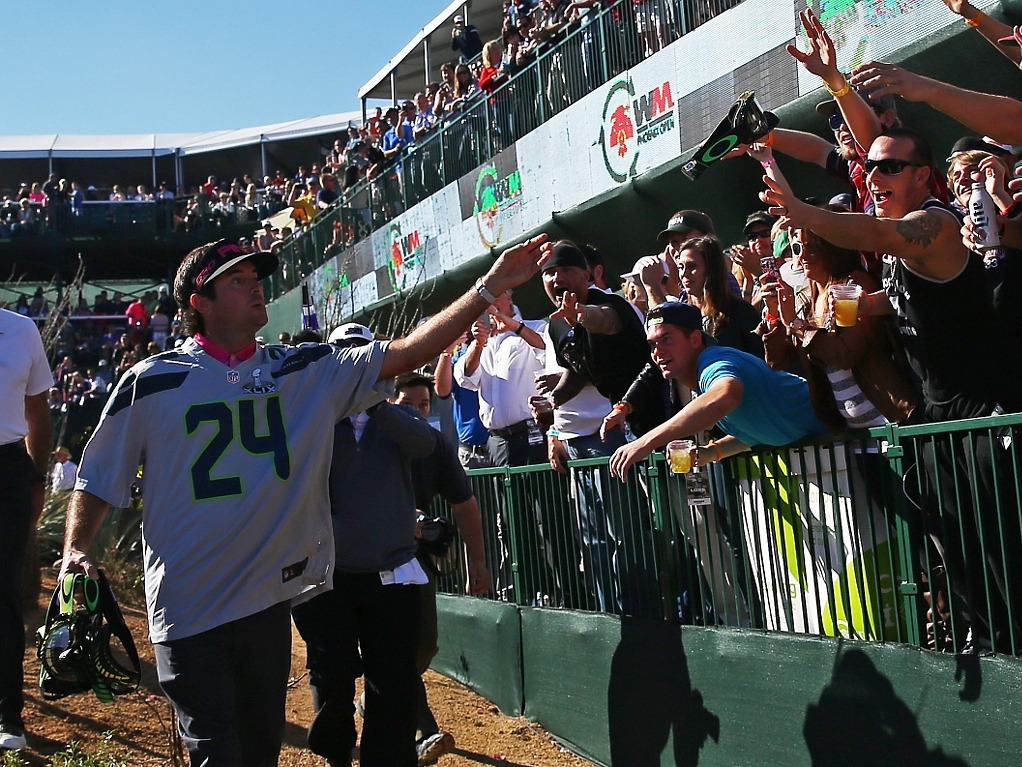 The Waste Management Phoenix Open annually attracts the largest crowds on the PGA Tour and with 23 of the top 30 players in the FedExCup standings present in the desert, this week should offer more of the same.

Most of the fans at TPC Scottsdale gather at the 16th, where the energy and excitement is palpable. The hole is golf's biggest party and spectator etiquette goes out the window entirely as fans cheer, jeer and sing while players attempt their shots.

However, there will be plenty of entertainment elsewhere on the course as the tournament has yet again attracted a very strong field.

Among the four featured groups of the first two rounds is that of Rickie Fowler, Kevin Kisner and Smylie Kaufman. Kisner leads the FedExCup standings after winning the RSM Classic last fall. Kaufman jump-started his rookie campaign in October with a win at the Shriners Hospitals for Children Open in his second start. Fowler picked up his third international win earlier this year in Abu Dhabi.

The three-ball of Brooks Koepka, Bubba Watson and Justin Thomas will also be a fabulous group to watch. Koepka is the defending champion. Watson has three top-10 finishes at TPC Scottsdale in the last four years and Thomas got his breakthrough victory earlier this year at the CIMB Classic.

Phil Mickelson, Zach Johnson and Jason Dufner are a group who will surely provide some sparkling golf. The trio share a staggering 58 PGA Tour victories between themselves.

Another party worth keeping close tabs on will be that of Brandt Snedeker, Billy Horschel and Steve Stricker. Snedeker enters with momentum after closing with a brilliant 69 in gale-force winds at Torrey Pines on Sunday that earned him the title there.

Horschel was the 2014 FedExCup champion and his competitive nature always makes him a force to be reckoned with. Stricker is a 12-time PGA Tour winner.