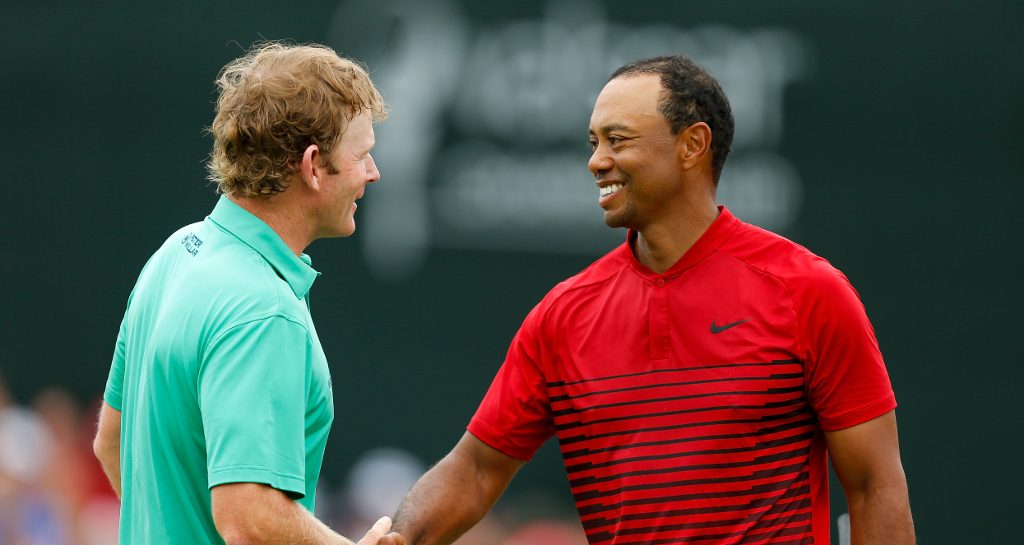 Tiger Woods’ impressive comeback continued on Sunday as he fought hard but had to settle for second place at the Valspar Championship.

It’s hard not to feel like the old Tiger is back. Massive galleries, fearless putts, low stingers, fist-pumps and composure under pressure. The only thing missing at the end of another brilliant weekend of golf from the master was a trophy.

Every one was fired up to see @TigerWoods back in contention on Sunday. 💪🔴 pic.twitter.com/xschSnj70I

There are many ways to assess Woods’ closing round of 70, which contained just two birdies and one dropped shot and left him a single stroke behind eventual winner Paul Casey.

If you’re looking at the glass being half-empty, then it’s worrying that Woods got into contention and never closed it out.

If you’re looking at the glass being half-full, then it’s mightily encouraging that Woods said he felt completely at ease chasing the leaders but was simply let-down by inaccurate approach shots.

"I felt very comfortable, actually. I've been here before a few times," the 42-year-old said when asked if he had felt any nerves.

“Unfortunately, I just didn’t quite feel as sharp as I needed to with my irons and played a little conservative because of it.

“I believe my game is progressing. I think that I’ve got a little bit better than I was a couple weeks ago at Honda, keep getting a little bit better and sharper and today wasn’t quite as sharp as I would like to have had it but I had a good shot at winning this golf tournament. Couple of putts here and there would have been a different story.”

There was clearly a lot for Woods to be happy about, however, and he took to Twitter afterwards to hail his ‘amazing’ week.

Wow, what an amazing week…people, atmosphere, adrenaline, back nine on Sunday, man I’ve missed this. Getting better. Thank you for all the support!

“Wow, what an amazing week…people, atmosphere, adrenaline, back nine on Sunday, man I’ve missed this,” he wrote. “Getting better. Thank you for all the support!”

Woods will tee it up again at this week’s Arnold Palmer Invitational as he continues to prepare for the Masters in early April.

“I’m very excited [about Bay Hill]. It’s a golf course I like,” he said. “I’ve played well there throughout the years and just haven’t been back in a couple years. Nice to get back.”