Exceptional golf prizes up for grabs with HowDidiDo 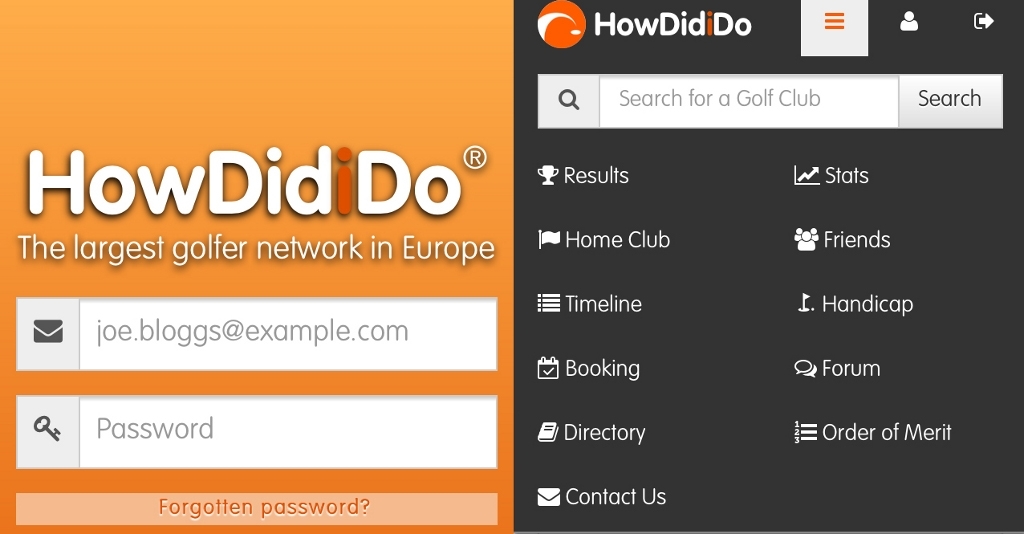 Europe's largest online golfing community, HowDidiDo, hopes to raise a substantial sum for Prostate Cancer UK, after partnering with the charity for 2017.

With more than half-a-million club golfers, from HowDidiDo's 1,800-plus registered clubs across the UK and Ireland, using the website regularly, the launch of a unique competition – HowDoWeBeatIt, in conjunction with Prostate Cancer UK – promises to be hugely beneficial for the charity, while offering outstanding prizes for the participants.

Golfers will log their best scores on all 18 holes at their golf course between April 3 and September 30, with the ‘eclectic' resulting in their best theoretical scorecard. And participants, who will have the HowDoWeBeatIt stamp, including the iconic Prostate Cancer UK Man of Men logo, alongside their name on the website, will have their best ‘eclectic' round calculated automatically by the HowDidiDo system.

All money raised via the competition – and various associated events – will be donated to Prostate Cancer UK, while the 16 golfers who, within their handicap category, record the best eclectic score at their club over the six-month period will be treated to a grand final at the amazing Trump International Golf Links, on the Menie Estate, near Aberdeen – ranked in the UK's top 10 golf venues.

Barry Dyett, a spokesman for HowDidiDo, explained: "More than 20,000 golfers take part in our annual Titleist Order of Merit and a similar number participating in HowDoWeBeatIt would raise a significant amount of money for a very worthwhile charity.

"Prostate Cancer UK resonates with us at HowDidiDo because it largely affects men over the age of 50 – and our average golfer is a 51-year-old man. So there's a great deal of synergy between a golf community like ours and the charity

"We would encourage HowDidiDo members to wear the prostate Cancer UK Man of Men pin badge and participate as they will be playing their medals anyway – and they can do so in the knowledge they're helping save lives and may earn themselves a trip to one of the UK's top golf courses."

In the UK, one in eight men will get prostate cancer at some point in their lives. Older men, men with a family history of prostate cancer and black men are more at risk – and if you are the latter, the statistics are even starker: one in four.

"We want to raise awareness and fund ground-breaking research to help fight the disease. That will help us provide dedicated support and information to men and their loved ones.

"We're delighted to partner with HowDidiDo, and golfers who sign up to this new challenge are the perfect example of Men United, our team of people joining together to fight a common opponent: prostate cancer."

HowDidiDo, which recently launched a new-look website and top-rated smartphone app, holds data from in excess of 53 million rounds of golf, along with the handicaps, results and scores of more than 1,300,000 UK golf club members.

More than 547,000 golfers currently use the website, while in excess of 1,800 golf clubs currently use the HowDidiDo system – courtesy of their use of Club Systems International software. HowDidiDo allows members to analyse their game and compare performance with other players, at their own club or across the entire HowDidiDo network.

HowDidiDo is rapidly becoming the largest online, social golfing hub in the world, with new, engaging and exciting content for golfers everywhere to enjoy. It is also used for official CONGU handicapping and competition results.

As well as developing one of the most active sports websites in the world, HowDidiDo also powers the highly acclaimed Morocco Matchplay, a UK singles and pairs competition which culminated in a grand final in the North African country in February. And the annual Titleist Order of Merit, the largest golf event of its kind in the country, now sees more than 20,000 golfers take part each year making it one of the UK's most subscribed sporting competitions, behind only events like the London Marathon and Great North Run. In 2016, the grand final took place at four-time Ryder Cup venue the Belfry.