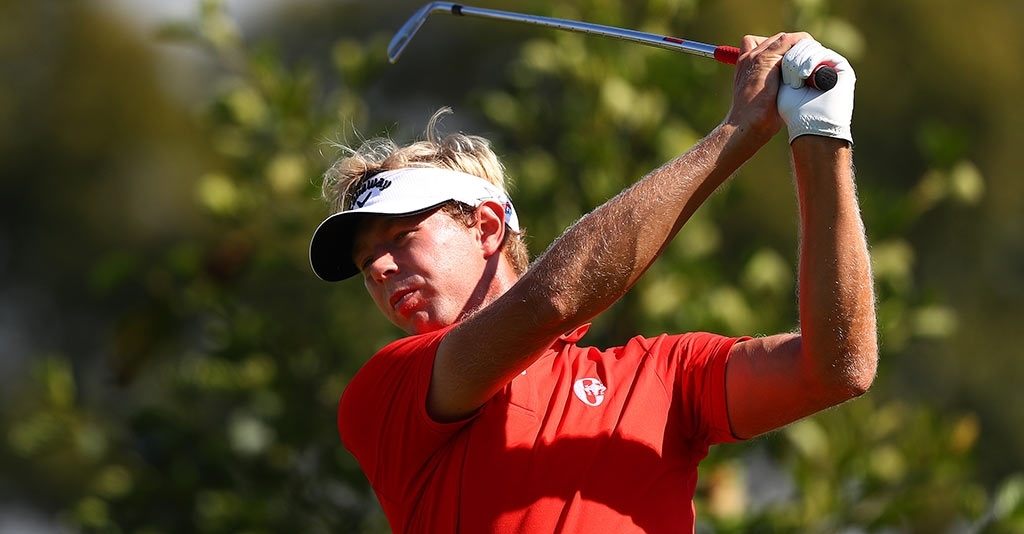 Englishman Ben Evans fired a six-under-par 65 to lead the KLM Open in the Netherlands by one shot after the first round on Thursday.

In his round of 65, Evans birdied the first and fourth holes on the front nine then followed that up with five birdies on the 10th, 12th, 13th, 14th and 15th holes and then dropped his only shot of the day when he bogeyed the 17th.

Korea Republic's An and Peter Hanson were playing partners and both got eagles at the par five sixth and overall had six birdies and three bogeys each in their round of 66.

In an interview after his round, Evans said that he liked the course visually adding that it played like an in land links course.

"I holed a lot of putts early on in the round to get me to two under and then hit a few nice wedges in close to get off to a pretty fast start," said Evans. "The putting was the difference today – I holed a lot of mid-range putts which I haven't been doing a lot of lately.

"I came here on Monday and had some extra time to practice. I like the course visually. It's like an in-land links and you can see that they have done that with the decision. It looks like a links course and with a lot of slopes and undulations it plays quite like a links course too."

Last week's European Masters winner Alex Noren carded a 69 and Chris Wood fired a 72 ahead of his maiden Ryder Cup appearance at the end of the month.