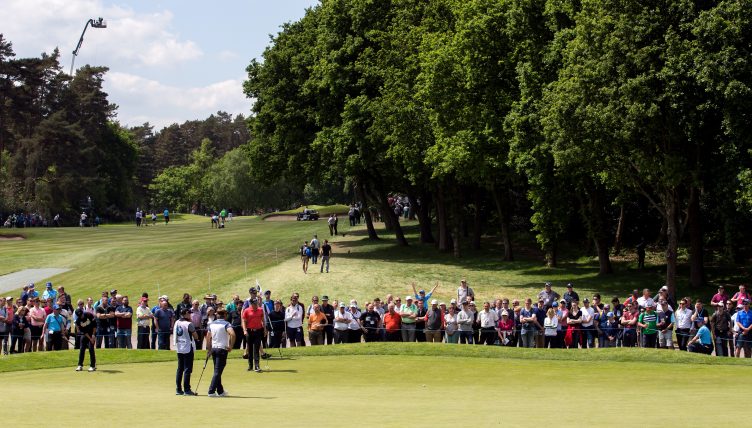 The European Tour will resume on July 22 with a run of six tournaments over six weeks in the UK.

The calendar has been wiped out since March 8 due to the coronavirus pandemic but a return date has now been set, with the British Masters at Close House near Newcastle the opening tournament in July.

The season will run through until December, with all tournaments played behind closed doors and subject to strict safety and testing protocols.

The other events in the British swing are a revived English Open at Forest of Arden, the English Championship at Hanbury Manor, back-to-back tournaments at Celtic Manor – the Celtic Classic and the Wales Open – and the UK Championship at the Belfry. However, they are all subject to the lifting of the two-week quarantine by the Government.

Four Rolex Series events have also been announced, with the Scottish Open and PGA Championship in back-to-back weeks in October, while the Nedbank Golf Challenge and the World Tour Championship will take place in December.

European Tour chief executive Keith Pelley said: “Since the suspension of our 2020 season in early March, we have taken a measured approach in reassessing our schedule, informed every step of the way by our medical advisers and Government guidance.

“We have consistently said that safety is our absolute priority and that is why today we are announcing our resumption in two months’ time supported by a comprehensive health strategy which has been led by our medical team.

“Without question we have had to think differently about the remainder of our 2020 season which is reflected in today’s announcement.

“Initially, therefore, based on the expert guidance we received, playing in clusters, in one territory, is the best option in terms of testing, travel and accommodation.”

While the Race To Dubai will still see a champion named in December, the European Tour’s committee has decided that no player will lose his card this year, nor will there be any formal graduations from the Challenge Tour.

Pelley added: “We recognise that when we resume playing golf, each player’s circumstances will be different. We therefore do not want to put anyone in a position whereby they feel they have no choice other than to play in certain events in order to protect their livelihood.

“Similarly, the feeling was that it was not fair to disadvantage any member who might want to play in an event but who might not be able to due to ongoing travel restrictions. Therefore, in consultation with our Tournament Committee, it was agreed preserving their exempt status for 2021 was the fairest solution in these unprecedented times.”