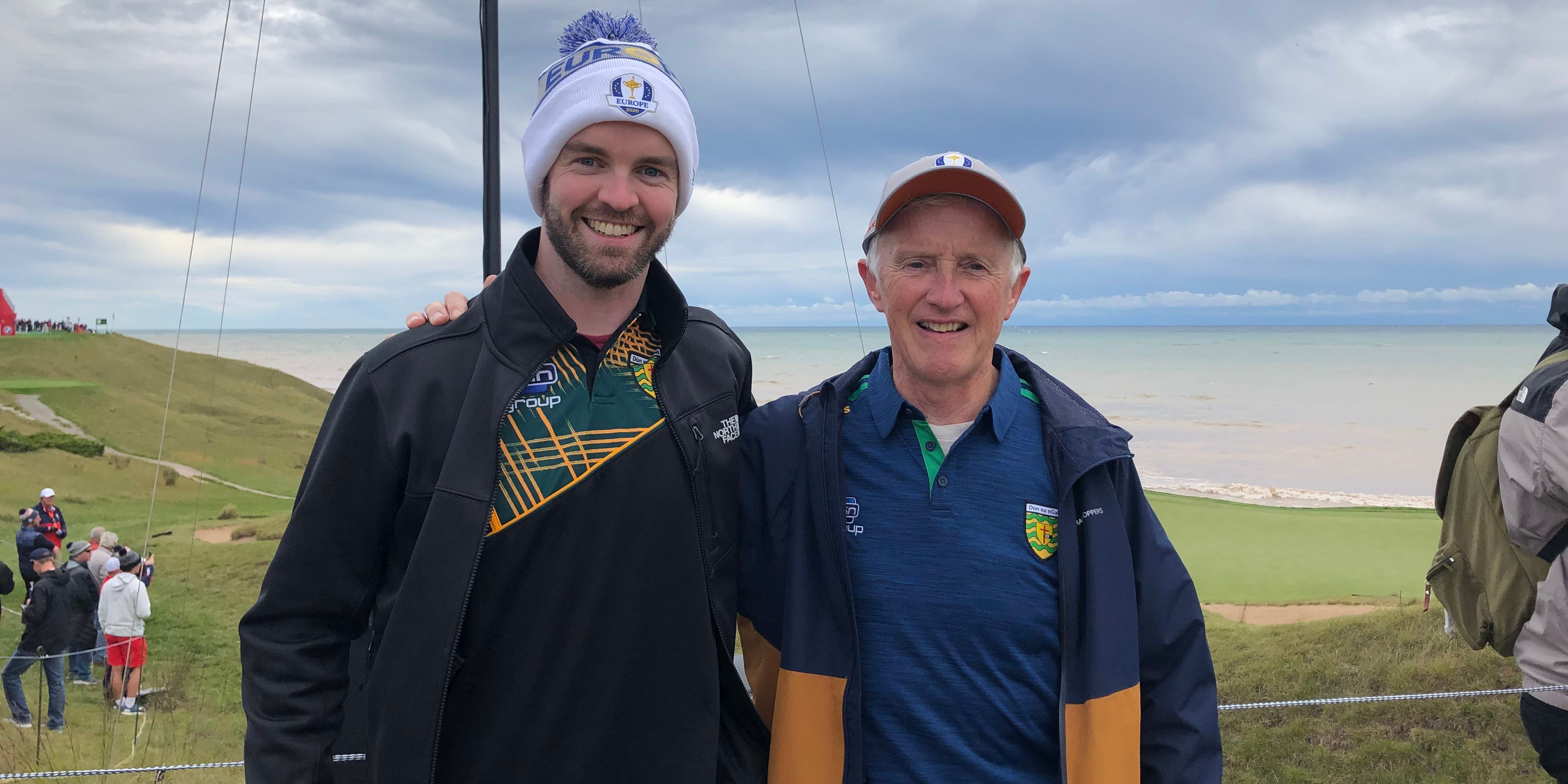 Finding European fans at Whistling Straits feels like the equivalent of looking for the proverbial needle in a haystack.

But look hard enough and it is just about possible, in a sea of red, white and blue to find the lucky few who have been able to travel to the United States despite the coronavirus restrictions which have prevented thousands more from supporting Padraig Harrington’s side in person.

Standing beside the third green as Rory McIlroy, Shane Lowry, Jon Rahm and Tyrrell Hatton played their final practice round on Thursday ahead of the 43rd Ryder Cup were Stephen Carr and his father Padraig from Donegal.

“Where Paul McGinley’s people came from,” says Padraig by way of introduction, before adding that he played football with Lowry’s father Brendan “many years ago”.

“We used to live in Chicago and Stephen was born there but we moved back to Ireland about 20 years ago. We got tickets for last year but Stephen is starting work in New York on the 1st of October so the postponement worked out well.

“We have tickets for Friday and then I have to get my PCR test before flying home on Monday.”

While European fans may be an endangered species at Whistling Straits they have been trying to make their presence felt, with one couple spotted with an Offaly flag, the home county of former Open champion Lowry.

“It’s only when you’re walking in that your realise how few European fans there are so you’re always happy to see a few people wearing blue and yellow walking around,” Stephen said.

“We also saw a woman from Newfoundland in the merchandise tent and she said she was shouting for Europe.

“Hopefully we’ll make a bit of noise tomorrow and it has been a brilliant atmosphere so far. The locals have been very friendly and hopefully the weather holds out.”

The Carrs were also at Medinah in 2012 to witness Europe’s amazing fightback from 10-4 down and Padraig added: “Behind the scenes we are quietly confident and hopefully it will not be as tight as Medinah.

“We thought Justin Rose would be in the team before (Ian) Poulter or maybe even Lowry, but I think Padraig was always going to pick him and if he hadn’t screwed up on the last day (of the final qualifying event) he would have qualified anyway.”