Europe fight back in Ryder Cup 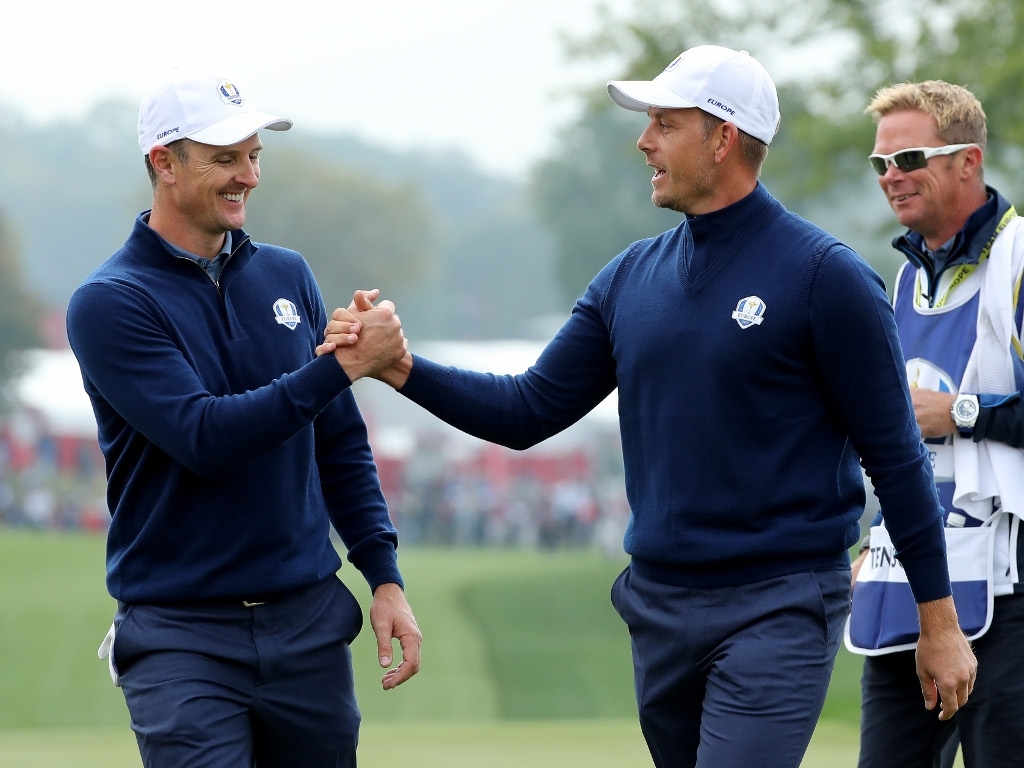 Europe roared back in the afternoon session on the opening day of the Ryder Cup, yet America still hold the advantage at Hazeltine.

Three-times reigning champions Europe were left stunned after the foursomes on the first morning in Minnesota after an American whitewash saw them race into a 4-0 lead – the first time in more than 40 years that they have triumphed in every opening match.

But Europe fought back well in the fourballs; taking the session 3-1 to reduce America’s overall lead to 5-3, ahead of tomorrow’s middle-day of competition.

Justin Rose and Henrik Stenson led the European comeback, with the latter in scintillating form to get the better of Jordan Spieth and Patrick Reed.

Texan Reed had played a key role in ending America’s 21-year wait for victory in an opening Ryder Cup match earlier in the day, and he struck another blow with a birdie on the first.

But that was the only blemish on the European side, with Stenson registering four birdies and Rose adding a further two to win the tie five and four.

Despite a late fightback from the USA, Ryder Cup veteran Sergio Garcia guided Europe to victory in the second match too, alongside fellow Spaniard Rafa Cabrera Bello.

The duo forged a commanding four shot lead over the front nine and although JB Holmes and Ryan Moore took 14 and 15, they succumbed to a three and two defeat.

The sole American success in the afternoon session came from Brandt Snedeker and Brooks Koepka, who produced an emphatic five and four win over Martin Kaymer and Danny Willett – the latter making his first appearance of the tournament after being left out of the morning session.

Snedeker and Koepka took four of the first eight holes and there was no way back for Kaymer and Willett, who managed just one birdie.

However, Rory McIlroy and Thomas Pieters ensured Europe cut America’s lead by getting the better of Dustin Johnson and Matt Kuchar in the most competitive match of the foursomes.

Johnson and Kuchar gave Europe a late scare with birdies on 14 and 15, but a stunning long-range putt from McIlroy on 16 secured a three and two win.

The second day of competition begins with the second foursomes session, with Europe needing to perform better than they did in the first if they are to further eat into America’s advantage.