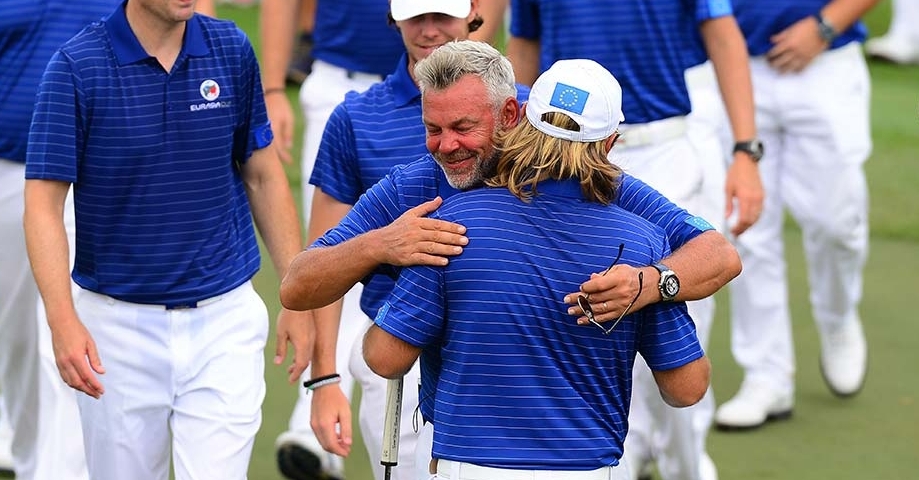 Europe cruised to a comfortable 13-point victory over Asia to win the EurAsia Cup in Kuala Lumpur on Sunday.

Going into the third and final day of the singles, Europe led 9-3 at the Glenmarie Golf & Country Club and eventually claimed the trophy for the first time winning 18½-5½.

With eight matches still out on course, Danny Willett clinched the win for Europe's fourth point of the day against Byeong-hun An.

The only Europeans to lose their matches on Sunday were Bernd Wiesberger and Shane Lowry when they lost against KT Kim and Anirban Lahiri respectively.

In an interview with Sky Sports, Europe captain Darren Clarke praised his team for their convincing performance.

"What Lee and Poults have brought to the team room has been priceless.

"All of the young kids have listened to them, they've all learnt from them and I think it's been a hugely beneficial week.

"Massive credit to them. This Asian team was a strong team and the way Europe has played this week, I've been very, very impressed.

"If your players don't play and don't perform then you can be the best captain in the whole world and you're not going to win, so the credit doesn't belong to me, it belongs to the players.

"The quality of the golf they have played this week has been brilliant," he added.