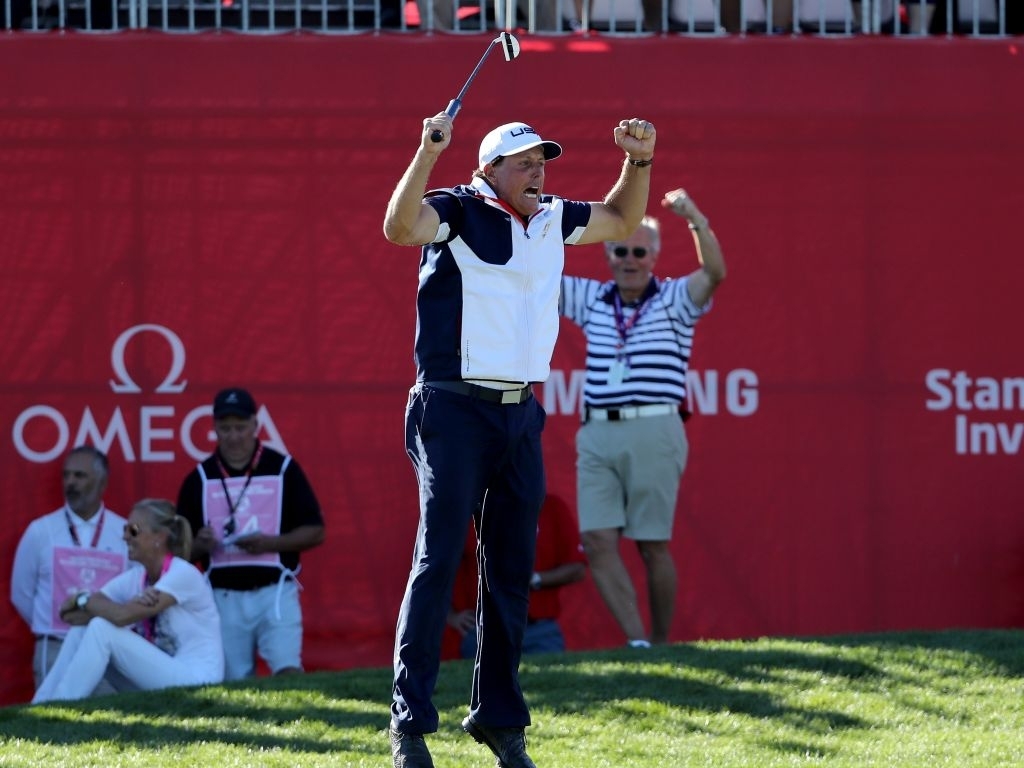 The USA regained the Ryder Cup after grabbing the 14½ points they needed to snatch the trophy back from Europe at Hazeltine National Golf Club on Sunday.

David Love III's team powered to a 17-11 triumph courtesy of some stunning golf, with Ryan Moore having the honour of sinking the winning putt after beating Lee Westwood.

Europe were looking to make it four wins in a row but after a shocking morning on Friday, when they found themselves 4-0 down after the opening foursomes, Darren Clarke's men were always playing catch-up and could not repeat 'The Miracle of Medinah' from four years ago.

With a three-point deficit going into Sunday's singles Clarke, understandably, front-loaded his team but in the opening match the impressive Patrick Reed took out Europe's top gun Rory McIlroy, winning 1UP.

There was better news for Europe when outstanding rookie Thomas Pieters cruised to a 3&2 win over JB Holmes, while Open champion Henrik Stenson was too good for Jordan Spieth after triumphing 3&2.

Spanish star Rafa Cabrera-Bello saw off US PGA champion Jimmy Walker 3&2 to bring the deficit down to just a point but Rickie Fowler beat Justin Rose, who really struggled on the greens, at the last to put another nail in Europe's coffin.

Masters champion Danny Willett, who has struggled for form all week, was comprehensively crushed 5&4 by Brooks Koepka to put the hosts within two points of a famous victory.

Phil Mickelson and Sergio Garcia shared a point in one of the greatest Ryder Cup singles matches of all time, with both players producing some of the best golf of the week in a topsy-turvy encounter.

But is was America's strength in the bottom half of the draw that was proving decisive and Brandt Snedeker's 3&2 victory over an out-of-sorts Andy Sullivan put them on the brink, while it fell to Moore to hole the winning putt as came from two holes down with three to go to beat Westwood at the last to spark wild celebrations.