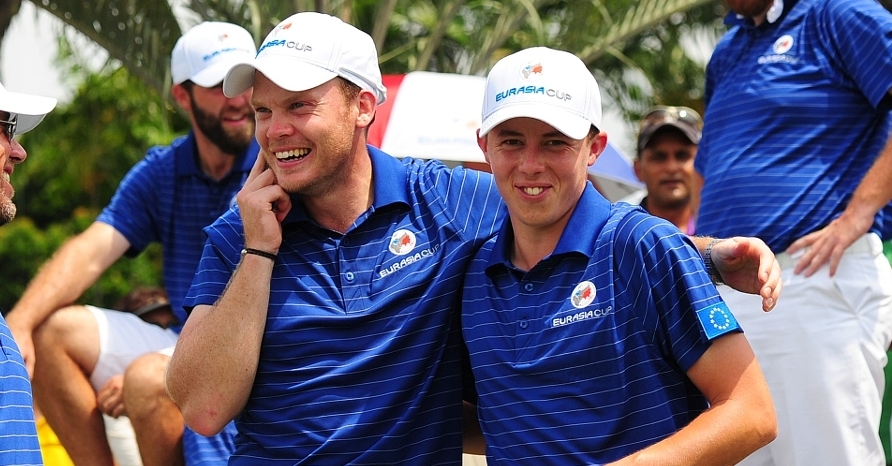 Danny Willett and Matt Fitzpatrick both admitted their appetites for Ryder Cup debuts have been whetted after helping Europe to victory in the EurAsia Cup last weekend.

Willett and Fitzpatrick both contributed two points to Europe's cause as they stormed to a convincing 18½-5½ victory over Asia in Kuala Lumpur.

A place on the European Team that will compete at the Ryder Cup in the Autumn is a major goal for the Sheffield pair and should that team be selected now, both players would qualify.

The duo confirmed their desire to take on the United States at Hazeltine has only increased after their latest experience of team golf.

“This is a special week but no offense to this, everyone knows how special the Ryder Cup is,” Fitzpatrick said at the conclusion of the EurAsia Cup.

“That’s obviously the goal and this has really inspired me to work hard and get there in September.”

Willett added: “It’s brilliant. Match-play in general is a fantastic game but it is different in a team environment.

“You’re with the lads at night going over what went well and how you can help each other.

“Usually you go back to your room at night and probably dwell on what went bad that day.

“There’s been a lot of positives in the team room. It’s been fantastic this week with the lads.

“It’s been the 12 lads and the captain and you couldn’t have wished for a better group.”