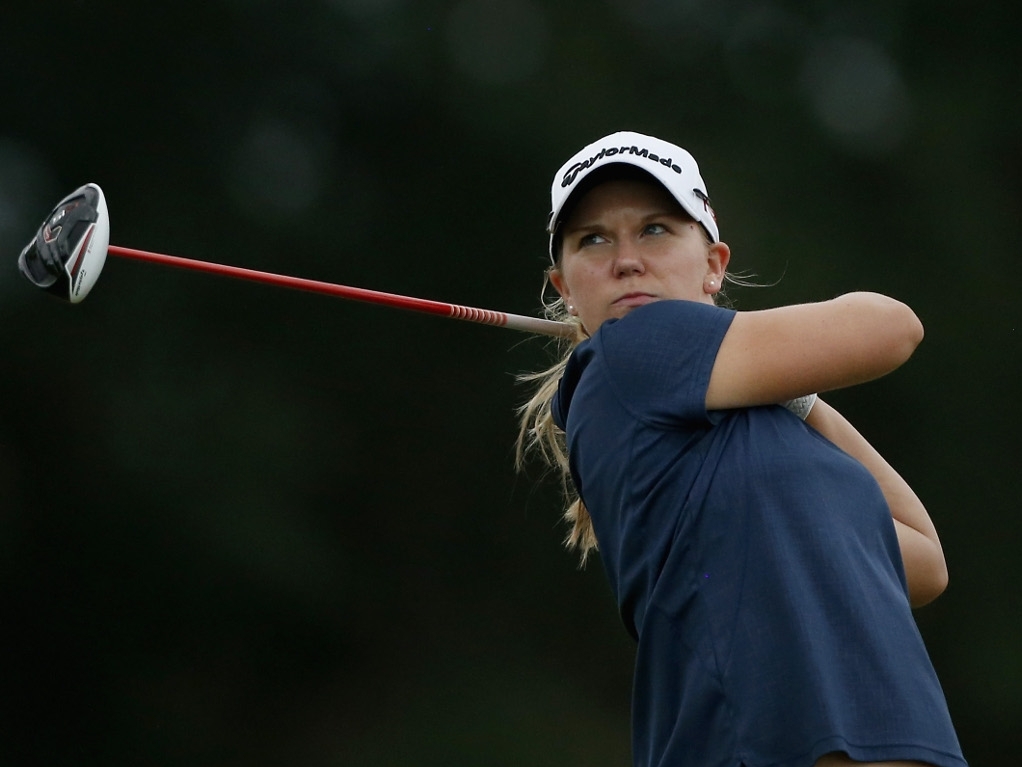 Austin Ernst only played four holes at the Yokohama Tire LPGA Classic on Saturday due to rain and lightning, but it was enough to give her a one-shot lead.

Overnight leader Yani Tseng slipped down one spot on the leaderboard as she also got through four holes during the third round.

Meanwhile, 2011 winner Lexi Thompson remains two shots off the lead in a tie for third, while world number three Stacy Lewis dropped down into a tie for 15th after playing six holes.

Numerous players still had to complete their second round on Saturday as play was suspended a day earlier due to rain and darkness. As a result, none of the players got through more than 14 holes in the third round.

In the four holes that she did play, Ernst, who is looking to win her second LPGA Tour title, only made a birdie at the second. However, it still put her atop the leaderboard as Tseng recorded a hat-trick of pars before faltering with a bogey at the fourth.

Despite her blemish at the last hole she played on, Tseng still remains in contention to win her first LPGA Tour event since she triumphed at the Kia Classic in March 2012.

Thompson, who won the event at the age of 16 four years ago, made a birdie and a bogey in the four holes she played, and currently sits on eight-under with Sei Young Kim, Tiffany Joh, Sydnee Michaels and Julieta Granada.

Lewis meanwhile could not take advantage of the six holes she played as she registered a lone bogey at the fourth to finish on five-under.