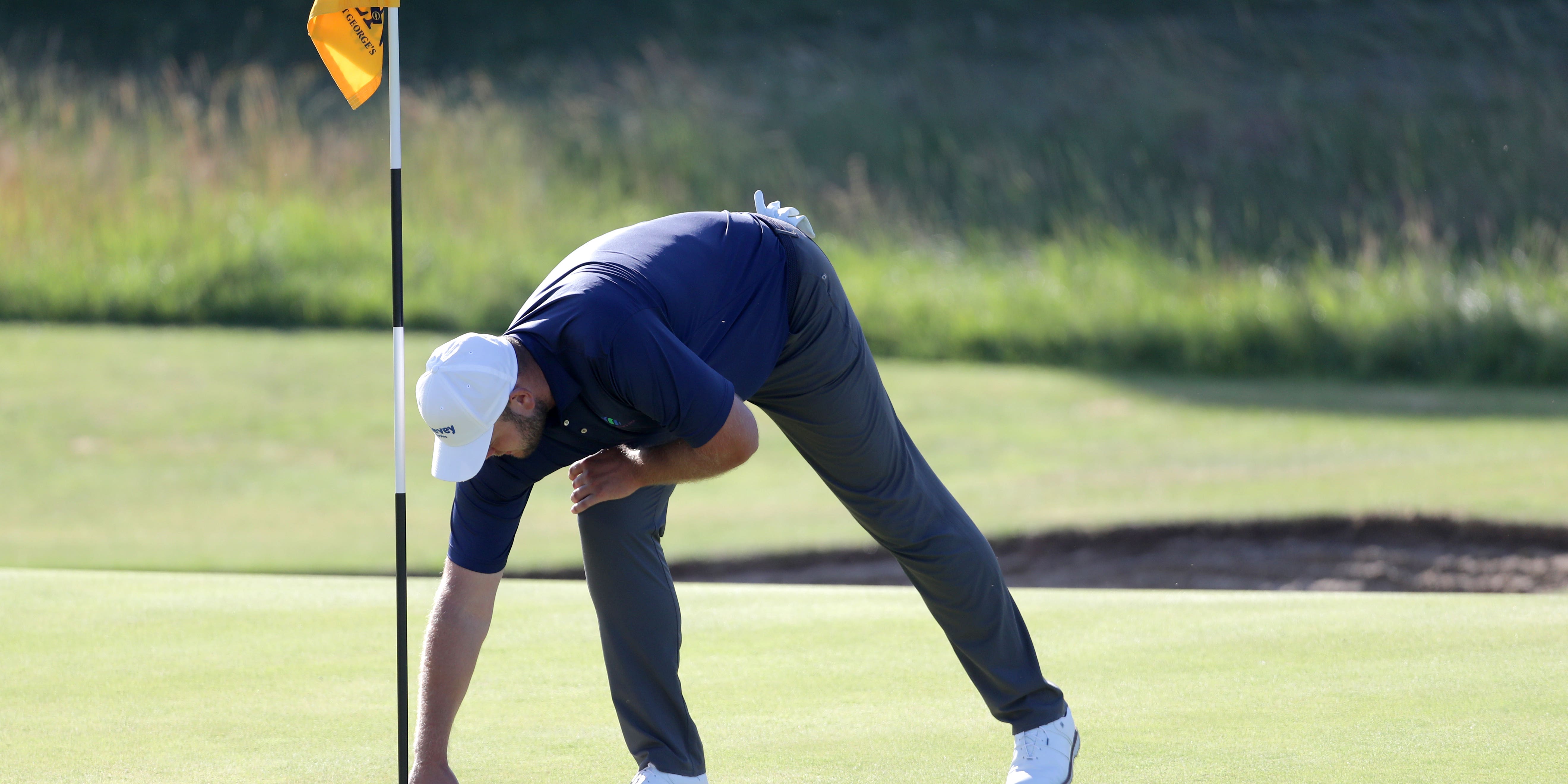 Jonathan Thomson was in danger of missing the cut on his Open debut until a hole in one turned around his week.

The 6ft 9ins Englishman was struggling right on the mark at one-over as he headed to the 149-yard 16th, but having pitched his tee shot on the fringe, he watched it take a few bounces before rolling straight into the hole.

He followed that with a birdie at the next to comfortably make the weekend on two under.

“It’s just phenomenal. Like the roar, the shot, everything about that hole, it’s indescribable really,” he said.

“It sort of was a real booster because I was grinding out there as well, to be fair. It wasn’t easy. I was playing good.

“I just couldn’t seem to get anything going properly then that happened and it was like, you know, that’s just awesome.

“It was a real confidence boost after what had been up until that point. What an experience.

“You dream about playing in The Open as a kid and then you come here, have a hole in one and make the cut, and it’s just like, ‘wow’.”