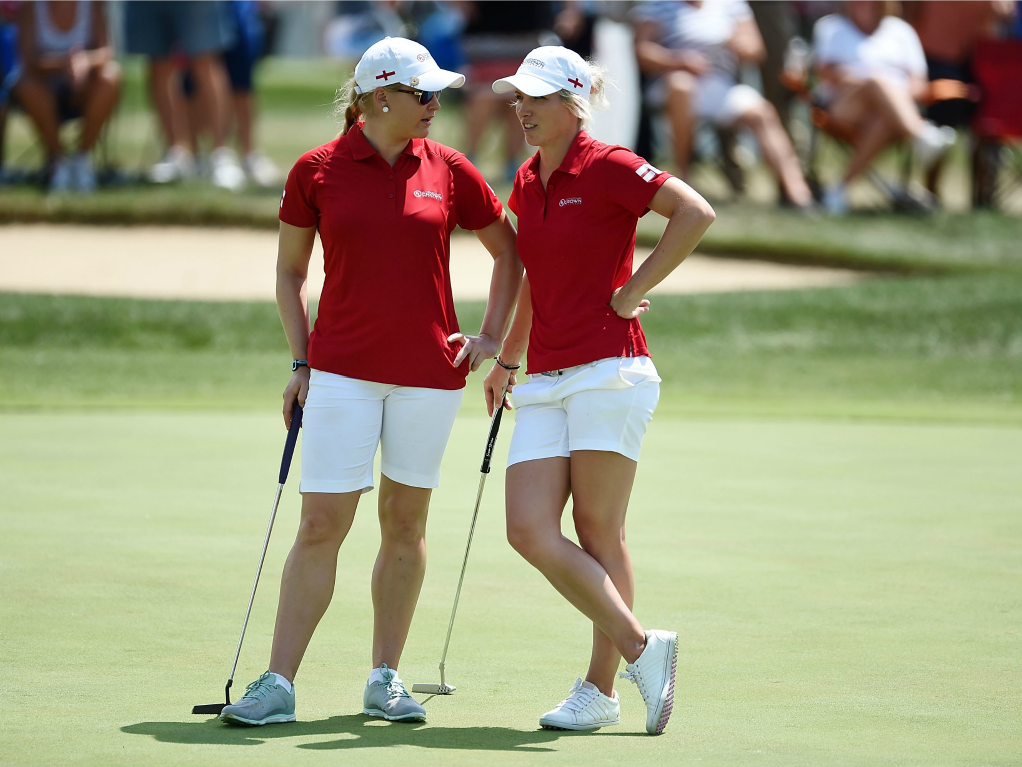 England's women's team won both of their four ball matches against their US counterparts on the opening day of the LPGA UL International Crown.

In a repeat of the first day of the inaugrual event two years ago, the US were swept as Charley Hull and Melissa Reid beat Stacey Lewis and Gerina Piller 2 and 1, while Lexi Thompson and Christie Kerr lost by the same scoreline to Holly Clyburn and Jodi Ewart Shadoff.

Thompson, Kerr and Lewis were all on the American team which suffered the same ignonimy in 2014.

"That's what this format is. You play good golf and you're going to lose matches, and that's the way it goes," Lewis said.

"We're going to go out there and play good golf again, and hopefully we get on the good side of it. We're still in this thing, and we've just got to take care of business tomorrow."

England's Reid took the time to make a jibe at her county's football team.

"We were saying along the way, we're all pretty big football fans, and obviously we had the Euros recently and we made more points in one day than England did in the whole tournament, so can I just point that out," she said.

"So we're pretty proud of that, so we're already on a winner."

Yani Tseng, meanwhile, helped Taiwan sweep Australia at the Merit Club. However, two years ago they had similar good fortune before failing to win a single point throughout the rest of the weekend.

Elsewhere, world No. 6 Ariya Jutanugarn caught the eye in making seven birdies while playing with Porani Chutichai for Thailand, but the duo only to halve against Japan's Ai Suzuki and Ayaka Watanabe.

Jutanugarn's sister, Moriya, fared better, teaming up with Pornanong Phatum for a 2-and-1 win over Haru Nomura and Mika Miyazato.

Top-seeds South Korea, whose four players are all ranked in the top 12, split its two matches against No. 8 China.

Amy Yang and In Gee Chun won 2 up over Shanshan Feng and Xi Yu Lin, but Jing Yan and Simin Feng got two points for China with a 1-up victory over Sei Young Kim and So Yeon Ryu.

Following the next two days of furthe four-ball matches, the top two teams in each pool and the winner of the wild-card playoff between the third-place teams will advance to the singles matches which take place on Sunday, with each player from the winning country taking home $100,000.