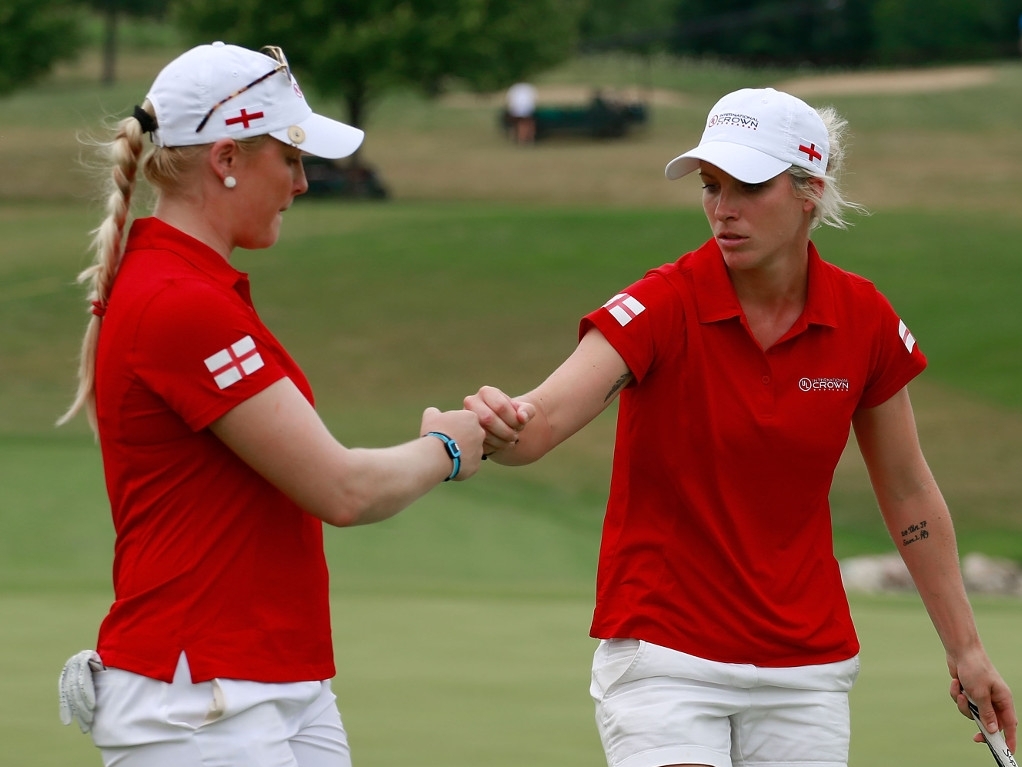 A strong showing early on Saturday ensured that England led the way at the UL International Crown when play was suspended due to lightning.

Earlier, Charley Hull returned to the fray with a bang to help England to victory over Thailand in the fourballs. A fever and asthma had sidelined Hull on Friday, but she was at her best on Saturday when she teamed up with Melissa Reid to record a 3&1 victory over Thailand's Ariya and Moriya Jutanugarn. Holly Clyburn and Jodi Ewart Shadoff made light work of Pornanong Phatlum and Porani Chutichai to complete the job, notching up a resounding 7&5 victory.

The USA bounced back from a poor start to the competition with a dominant showing on Saturday. The Americans swept Japan, with Lexi Thompson and Cristie Kerr registering a 4&2 win over Ai Suzuki and Ayaka Watanabe, while Stacy Lewis and Gerina Piller claimed a 3&1 win over Haru Nomara and Mika Miyazato.

Chinese Taipei top Pool A after Candie Kung and Teresa Lu fought back to halve their match with Shanshan Feng and Simin Feng of China. Team China’s Xi Yu Lin and Jing Yan made no mistake in their match against Yani Tseng and Ssu-Chia Cheng though, notching up a 5&4 win.

Either Australia or Korea will join Chinese Taipei in advancing to Sunday's singles, with England and the USA progressing from Pool B.