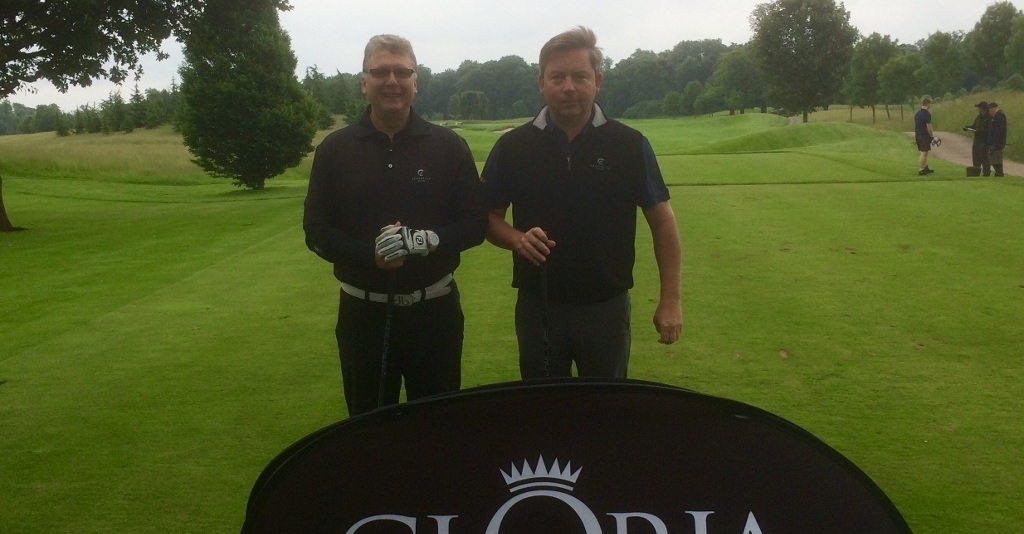 Two England football fans showed Roy Hodgson's men how to ease through qualification in the latest round of the Gloria Hotels & Resorts UK Pairs' Golf Championship 2016.

Ivan Forster (46) and Stewart Robertson (56) powered their way to victory at The Grove in Hertfordshire to claim their place in September's Grand Final at Stoke Park Country Club Spa & Hotel with a winning total of 40 Stableford points, after battling through a mid-round heavy downpour.

The competition is held in association with Elegant Golf Resorts – specialists in luxury golf holidays – and Monarch. It boasts a top prize of an all-inclusive stay including flights at the lavish Mediterranean five-star resort.

And the winning duo – who have been playing together in pairs competitions for several years – admitted the heat of the competition had offered some welcome respite after returning from France after watching England in action at Euro 2016 the previous day.

Forster, a 10-handicapper from Watford, said: "We were out in Marseille watching England v Russia and returned the night before the event. It was nice to come home in one piece!

"We found ourselves caught up in some of the crowd trouble out there so it was nice to get out on a great golf course We played nicely."

Robertson, a 19-handicapper from Leverstock Green, said: "We've played together for years and we tend to gee each other up as we are going along.

"We were pretty steady, we holed a few putts and now we're looking forward to playing in the final."

The pair, who are both members at Centurion Golf Club in Hemel Hempstead, secured a two-point victory ahead of Graham Long and Stuart Moffat, while Stacy Harman and Shane Lee finished in third place on countback after also finishing on 38 points on a tough course and difficult weather conditions.

Forster and Robertson are now one step closer to a luxury golf holiday at the five-star Gloria Hotels & Resorts in Belek on the Turkish Riviera – the stunning prize on offer to the winners of the Stoke Park showdown.

The competition now moves on to Helensburgh (July 9) with subsequent qualifiers at Cranleigh Golf & Country Club, The Carrick at Cameron House, The Mere Golf Resort & Spa and Mottram Hall.

The eventual winners will be flying from London Gatwick to Antalya airport in Turkey with scheduled leisure airline Monarch. Antalya is one of more than 40 destinations that Monarch flies to from its five UK bases including London Gatwick, Birmingham, Manchester, Leeds Bradford and London Luton .