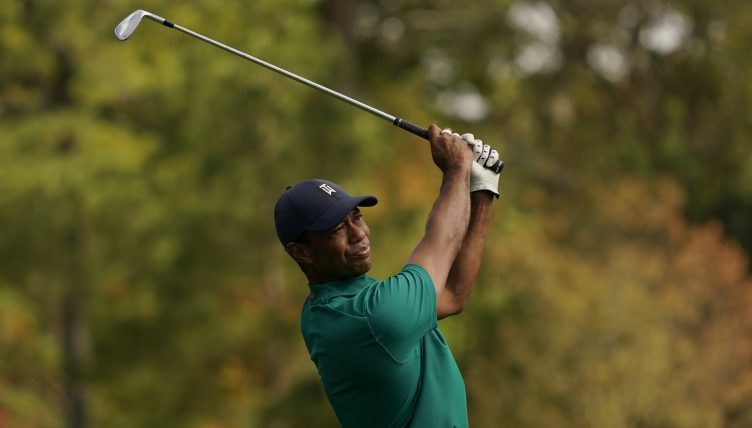 Almost 600 days have passed since Tiger Woods won his 15th major title but the passing of time has done little to suppress the emotion of that incredible Masters triumph.

“I’m still getting chills just thinking about it,” Woods said in his pre-tournament press conference.

“(The) feelings, coming up 18 and knowing that all I have to do is just two putt that little 15 footer and to see my family there and my mom and my kids and all of the people that helped support me or were there for me in the tough times.

“And I was walking up there trying not to lose it, and still saying, ‘hey, I’ve still got to two putt this’.”

Woods said at the time he relished the way his life had come “full circle” after celebrating his long-awaited victory with his children at Augusta National.

He famously embraced his late father Earl after winning his first Masters in 1997 and 22 years later he was the proud parent celebrating a fifth green jacket with son Charlie and daughter Sam.

“I walked off the back of the green, to see Charlie there, just opened up our arms, it meant a lot to me and still does,” he added on Tuesday.

“It just reminded me so much of me and my dad, and to come full circle like that, it stills gives me you know, a little teary.”

Last year marked the first time that Woods had won a major after trailing heading into the final round and came an incredible 3,954 days since he beat Rocco Mediate in a play-off for the 2008 US Open, despite a double stress fracture and knee injury which prompted season-ending surgery.

It also came two years after Woods told Jack Nicklaus “I’m done” during the Champions Dinner at Augusta National, after which he flew straight to London to see the consultant who recommended he undergo what proved to be career-saving spinal fusion surgery.

And Woods acknowledged that his opportunities to win more Masters titles are running out as he prepares to return his green jacket to the Champions Locker Room at Augusta National.

“It’s not how I wanted to retain the jacket for this long,” Woods added in reference to the coronavirus pandemic which led to the Masters moving from April to November.

“Obviously this has been an unprecedented circumstance we’re all dealing with.

“It’s been incredible to have the jacket and to have it around the house and to share with people, but to have it this long, it’s not the way I want to have it. I wanted to earn it back in April, but obviously we didn’t have that.

“But we had an opportunity to play this week, which, you know, early in the year, we didn’t think we would have this opportunity. We are all very fortunate to be able to compete, and tonight, and, well, this whole day, is awfully special.

“I may never have the opportunity to take the jacket off property again, and so this means a lot to me today, and to have this opportunity to have the Champions Dinner and to be able to host it tonight with all the guys that are here, it’s going to be awfully special for me.”