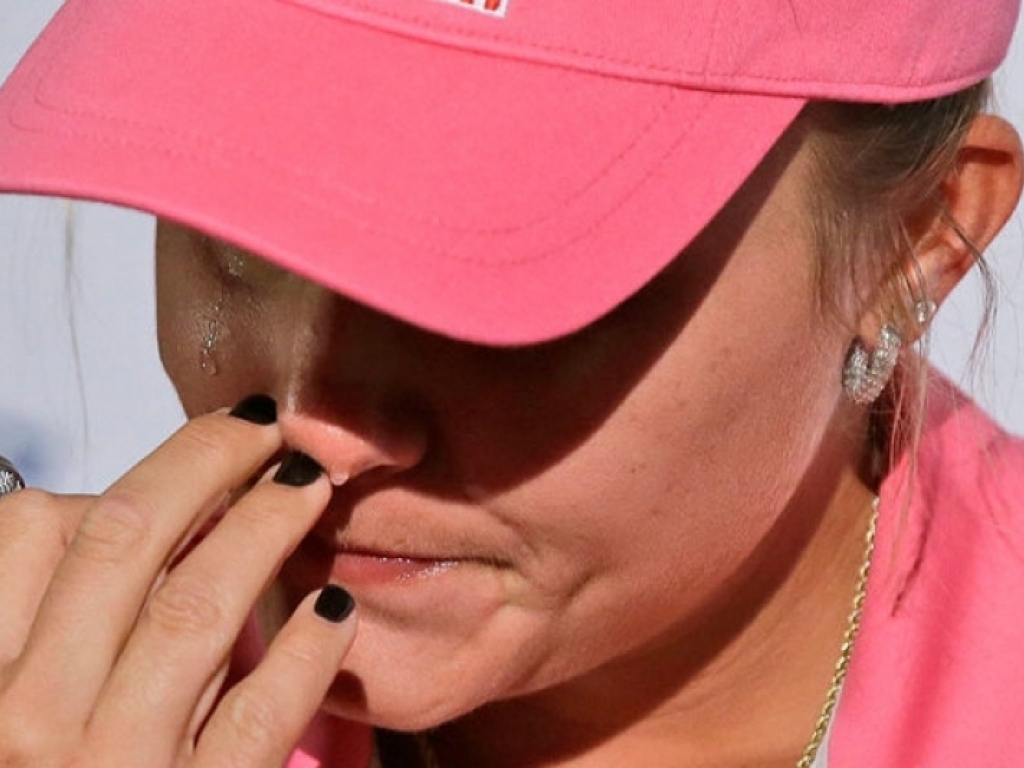 Lexi Thompson is in the midst of the Women's PGA Championship but has more than tee-to green on her mind after her mother was diagnosed with cancer.

The American's mother has been undergoing treatment for uterine cancer for the past few weeks and has understandably been a touch emotional on course.

On Thursday, after draining a long range putt, onlookers noticed she was fighting back the tears. After signing for her one under 70, Thompson opened up.

"It's been rough…I've known kind of after Kingsmill everything going on, and you know, she's my best friend," the former ANA Inspiration winner told USA Today.

"So hearing that, and then just dealing with a lot of things this year, it was just kind of like a breakdown moment for me. I've been struggling a little bit, but she’'s doing better now. And hopefully she'll be there at the U.S. Women's Open with me and support me there. But all is good right now.

"She's always been a role model of mine. I always aspire to be the woman — half the woman that she is. She just says: "No matter what, I love you, just go out, do your best, that's all you can do."

After two rounds at Olympia Fields, Thampson is on three under, four shots adrift from leaders Danielle Kang and Sei Young Kim.