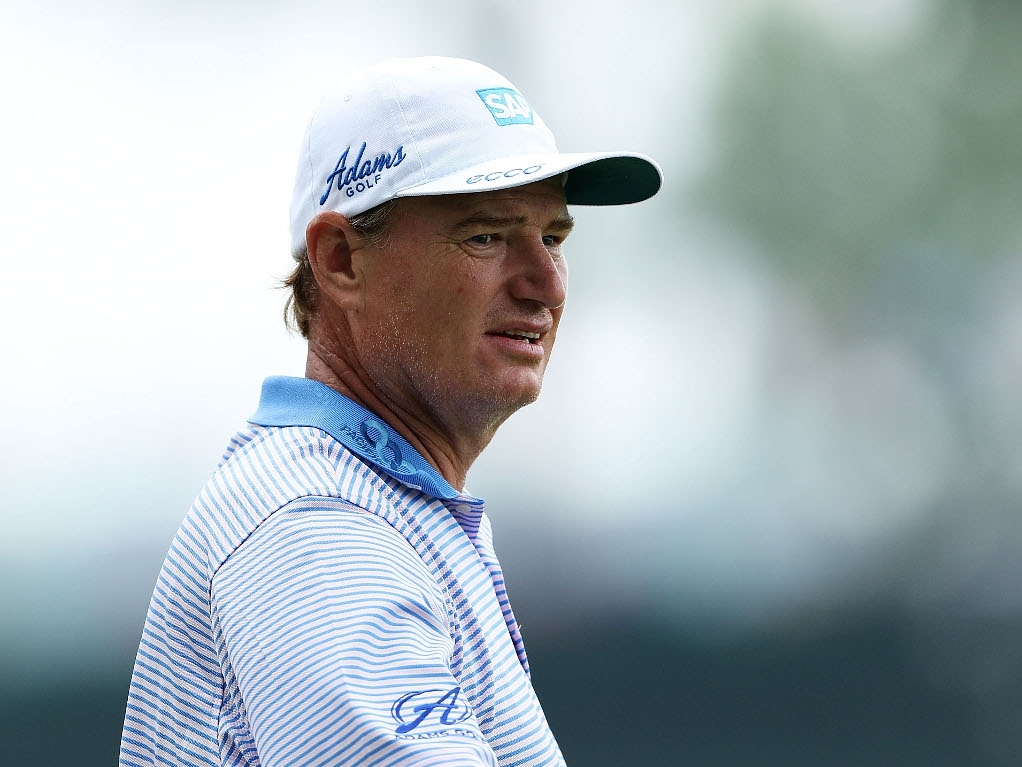 After a tough week at the US Open, Ernie Els remains confident that his game is in a good spot and the 46-year-old is hopeful that strong finishes will come in the next few weeks.

Despite seeming in full control of his game and striking the ball crisply at Oakmont, a pair of 75's for Els meant that he did not make the cut at the US Open. That will have hurt Els, who has had great success on the Pennsylvania track in the past. It was of course there that Els won his first US Open back in 1994.

However, the affable South African was not discouraged about last week. Quite the opposite in fact. In writing a blog for the PGA's official website, he insisted that he took many positives from the week that was and is looking forward to competing at the upcoming Quicken Loans National which takes place at Congressional Country Club, coincidentally the venue where Els won his second US Open back in 1997.

"I made a couple of minor errors during that marathon Friday, where I played 35 holes as a result of the weather delays, and that cost me two double-bogeys and a triple-bogey," Els wrote.

"That right there is the difference between missing the cut and being on the fringes of contention going into the final 36 holes.

"Overall, though, I thought I played some really good golf in those first two rounds, hitting a lot of quality shots and giving myself a bunch of opportunities.

"As I said, apart from a few mistakes I felt like my game was right where it needed to be and I like what I'm working on with David Leadbetter right now. The swing feels really comfortable, even if it’s not showing-up in my results in recent weeks. That will come.

"I'll certainly be going into this week’s Quicken Loans National at Congressional with a positive mindset.

"It is another major championship course and I'm relishing the opportunity to come back and compete at this historic club. I love these traditional old courses up in the North East and I've been blessed to win quite a few times in this part of the US."

Els has been paired with Charley Hoffman and Bill Haas for Thursday and Friday and all three players have realistic chances of winning and so will be worth keeping tabs on.