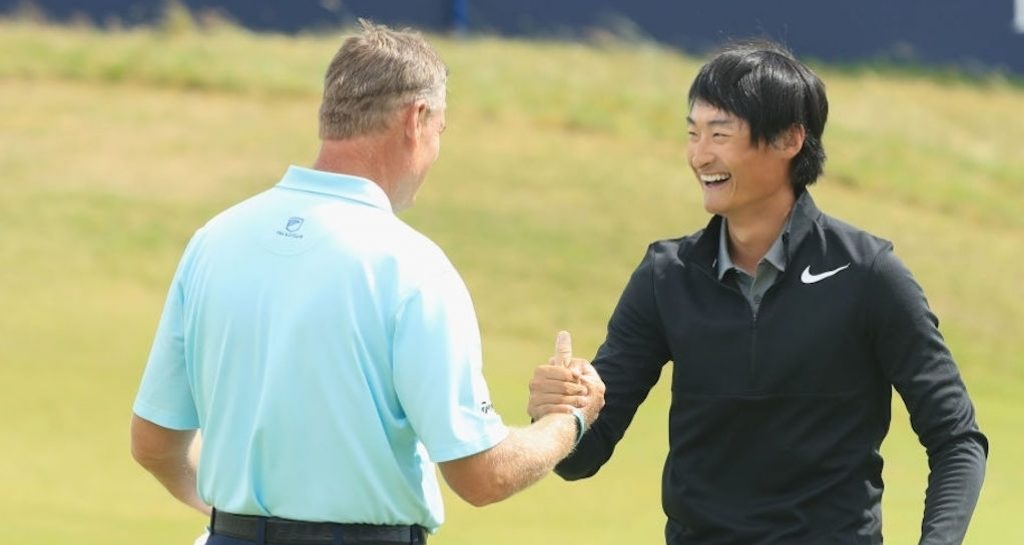 Ernie Els has applauded Li Haotong for his incredible closing round of 63 at The Open on Sunday, claiming it was just as good as Branden Grace’s 62 the day before.

The 146th Open at Royal Birkdale was Li’s first. The 21-year-old Chinese prodigy opened the year’s third major with rounds of 69, 73 and 69.

However, on Sunday he turned what was a solid debut into a quite spectacular one as he finished the week with a sparkling 63 that contained seven birdies, four of which came in the last four holes.

Four-time major champion, Els, played alongside Li on Sunday and the South African was gobsmacked by the golf his partner produced on the day.

On Saturday, Grace carded a 62, the lowest ever score in major championship history. Els explained that he is of the opinion that Li’s 63 was just as good.

“He [Li] started off a little bit slow, but I think the birdies on eight and nine really freed him up.

“The birdie on 17, I don't know if you saw that, he came out of a fairway bunker but it was incredible. He did everything he could.

“That's not the same number as Gracie yesterday, but it's just as good a round given the conditions were much tougher.”

It was the best performance by a Chinese golfer in a major championship.

Li himself admitted that the week was a very special one and that he was delighted with how things played out in an event that is very close to his heart.

“I definitely got a lot support from China, from my friends, from fans, you know, just keep behaving myself and play some decent golf. I think it was just more a mental thing.

“When I had bad shot, I just always tell myself, hang on in there and try to hole the putt. Glad to see I holed everything.

“I first started watching The Open when Tiger was around. I always wanted to play The Open and to play so good means a lot.”

Li has now most definitely announced himself as part of a talented group of Asian players who are all vying to win the continent’s second ever major.

Y.E. Yang of South Korea is still the only Asian-born man to have achieved that feat – he lifted the PGA Championship in 2009.