Els explains calling penalty on himself 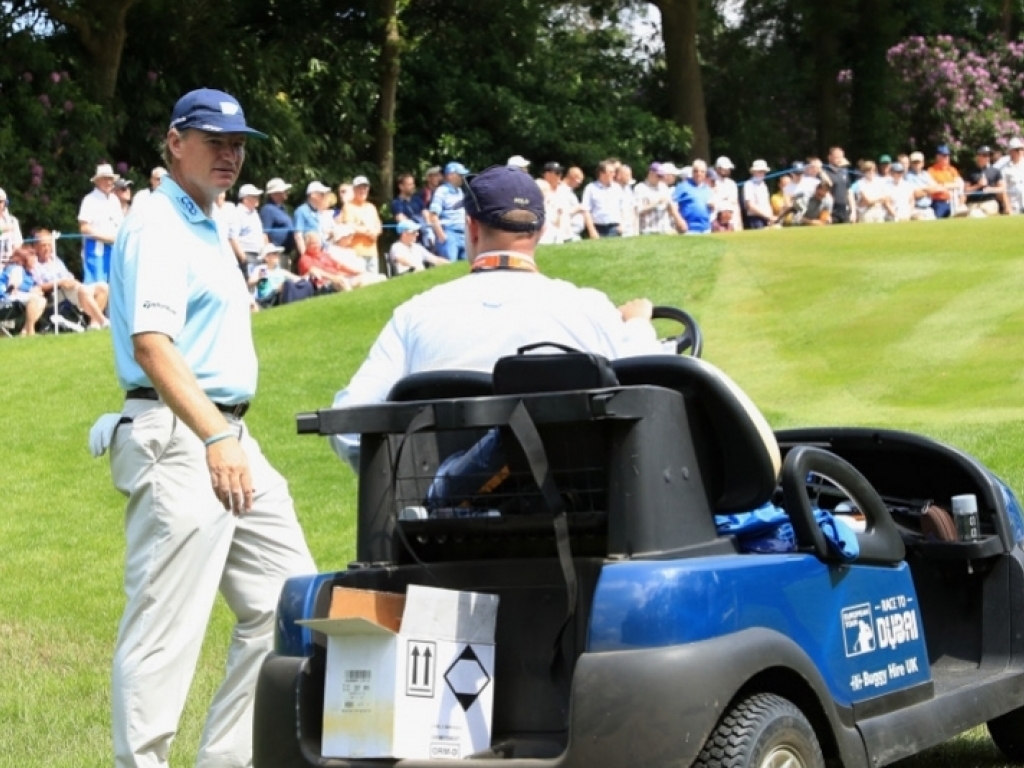 Ernie Els said he felt obligated to call a penalty on himself during the opening round of the BMW PGA Championship on Thursday.

The South African carded a one-under-par 71 at Wentworth thanks to three birdies and two bogeys – but it could have been much better if he hadn’t decided to take matters into his own hands.

After seemingly chipping in for eagle at the par-5 12th from off the green, Els called a two-shot penalty on himself because he felt he put his ball back in the wrong position from a plugged lie.

“I pulled my second shot a bit left and hit it into the bank of the bunker,” Els explained. “I thought it was plugged, so I asked my guys (playing partners) if I could check it and they said yeah.

“I put it back and I hit my chip shot and I just felt uncomfortable by the way the ball came out. The ball came out way too good so I felt I didn’t quite probably put it exactly where I should have.

“Under the rules you try and put it back the way you think it should be, but I still felt uncomfortable with it, so we took a two-shot penalty. I know deep down the ball wasn’t quite where it should be and I wouldn’t be able to live with myself.”

The three-time Wentworth runner-up is now part of the committee responsible for the significant revamp to the West Course, and says he is pleased with the results.

“The greens are absolutely as pure as you can find,” Els added. “Next week we’ll be playing the Memorial and I think these greens are running just as good or better than the Memorial, or Augusta for that matter.

“We listened to some of the players’ comments through the years since we first started changing five years ago, and I think I feel we’ve got it right this time.”