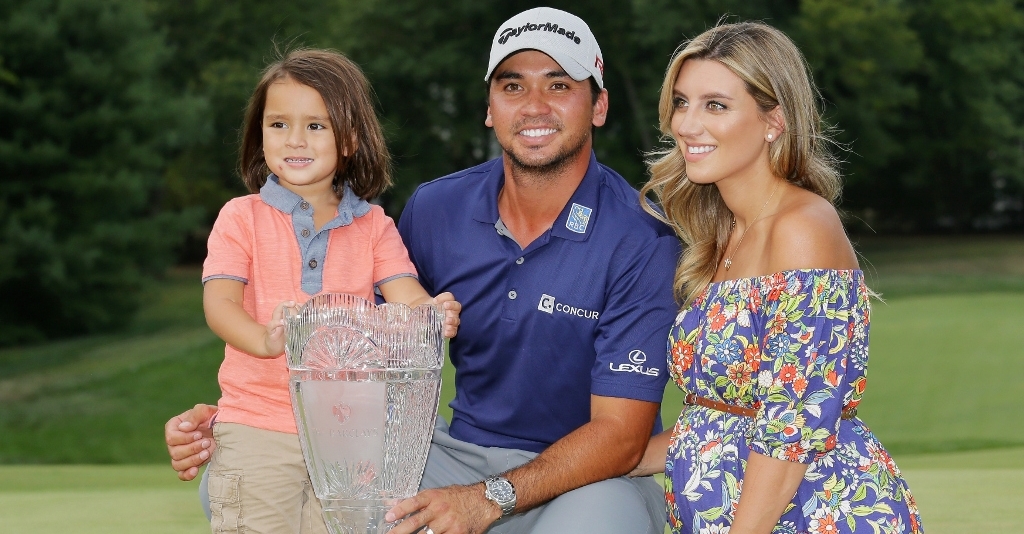 Ellie Day is recovering after her nasty courtside collision with Lebron James during an NBA game at Cleveland.

The wife of Australia's world number two golfer Jason Day was released from hospital on Friday with symptoms of concussion and a few bumps and bruises, inflicted upon her when the 203cm tall, 113kg James barrelled into her while chasing a ball that was heading out of bounds at Quicken Loans Arena.

Ellie was sitting next to her husband Jason in a courtside seat, but took the brunt of the blow.

"He is as big as a car and as fast as one too," Jason Day told AAP.

"We thought the ball was dead and he came flying out of nowhere. It happens quick.

"Thankfully she is just a little sore and will be ok."

James' Cleveland Cavaliers were taking on the Oklahoma City Thunder when the incident occurred.

The game was stopped for several minutes as Ellie was placed in a neck brace and carried to an ambulance on a stretcher.

Thankfully, tests revealed she had suffered no serious injuries.

"She is resting comfortably and appreciates all of those who have reached out and are concerned about her," the Days said in a statement.

"She wants to send a special thanks to her doctors, the emergency medical staff and the entire Cleveland Cavaliers organisation who helped her through this ordeal.

"Finally, no hard feelings towards LeBron. He was just doing his job. Go Cavs."

Lebron said: "For me, just going for a loose ball … I just hate that that was the end result."

He also apologised via Twitter, saying: "Ellie Day I hope you're doing okay! My apologies! Hope u guys come back to another game soon. Love LJ!"