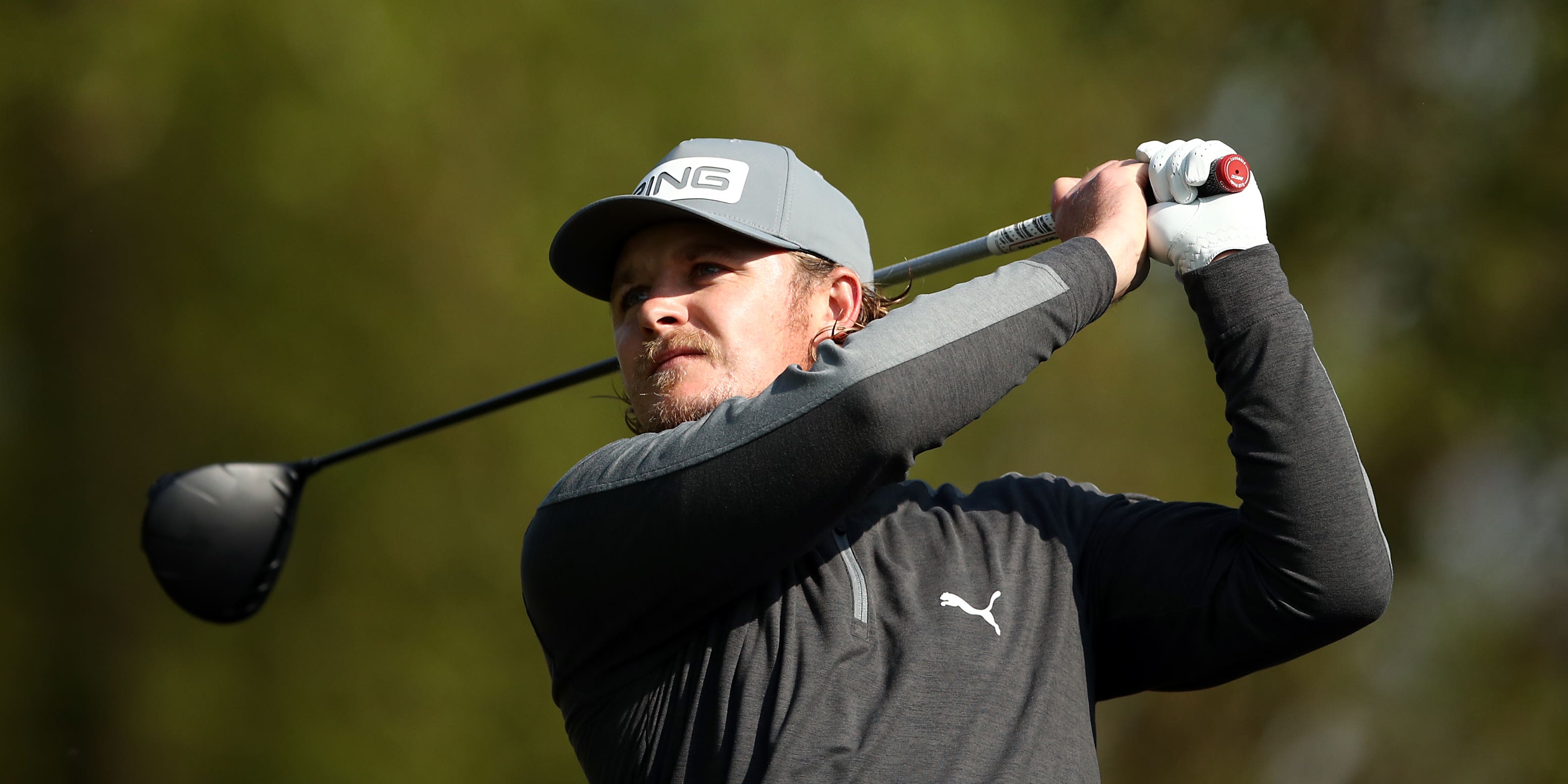 England’s Eddie Pepperell produced a grandstand finish to put himself in pole position to win the Betfred British Masters for the second time in four years.

Pepperell holed from 40 feet for birdie on the 18th at The Belfry to card a second successive 68 and emerge from a logjam at the top of the leaderboard, with the top 26 players separated by five shots.

England’s Andy Sullivan and Dave Coupland were part of a four-strong group on eight under, with tournament host Danny Willett and former Ryder Cup team-mate Chris Wood another stroke adrift.

Pepperell was in the world’s top 35 after winning this event at Walton Heath in
2018 and again after finishing runner-up in his title defence at Hillside, but
has fallen down the rankings and began the week in 210th.

“I think (confidence returns) quite quickly, although I’ve been awful to be honest so I don’t feel that confident,” said Pepperell, who has been commuting to the course this week from his home in Oxfordshire.

“I’ve still got things going on in the swing that I can feel aren’t where they once were and can cause me aggro, so the game still feels difficult.

“I remember the game feeling easier when I was playing better a few years ago. That’s what I’m trying to get back to and I’m confident I will.

“There were times out there today I didn’t get it and times when I did. It’s either something or champagne for me at the moment and that seems to be the way it is.”

MacIntyre’s only dropped shot of the day came when he could not resist attempting to drive the green on the famous 10th, but the left-hander vowed to maintain his positive approach in the final round.

“The way I play golf is aggressive and the course suits me perfectly,” said the world number 45, the highest ranked player in the field. “When I’m in the fairway, a right-hand side pin is in danger, I just can’t leave it alone.

“I didn’t drive it my best today but I hit my irons beautifully, they were all over the pin but the putter was cold. It was on fire the day before so hopefully it turns up tomorrow.”

Molinari surged into contention for a first victory since 2017 after finally finding a solution to his putting problems, the 40-year-old firing nine birdies in a superb 64 as a lesson from the brother of fellow professional Chris Paisley on Tuesday quickly paid dividends.

“I’ve known Chris for a long time, I’ve been helping him and a few of the other guys with their stats, and I noticed all the guys working with his brother Andy were improving their putting stats,” said Molinari, who had missed the cut in seven of his 10 events this season.

“I had been putting so poorly lately, I had been on my own trying to do each thing differently every week and I felt like I needed a little bit more structure and definitely some help.

“If a 10-handicap (player) putted from the beginning of the season instead of me, I think I would be doing better.

“I didn’t putt great the first two days to be honest, I still lost quite a few shots on the greens, but the feeling of the putter and the putts I was hitting were much better. Today the front nine was really good. I missed a few on the back nine but you can’t make them all.

“I’ve hit the ball, from the middle of 2019 onwards, as good as my Ryder Cup years, but my putting hasn’t been cooperating.

“If I can find something on the greens I think my ball striking right now is the best its ever been. It’s a very big confidence boost especially, when you play tough courses like this one.”