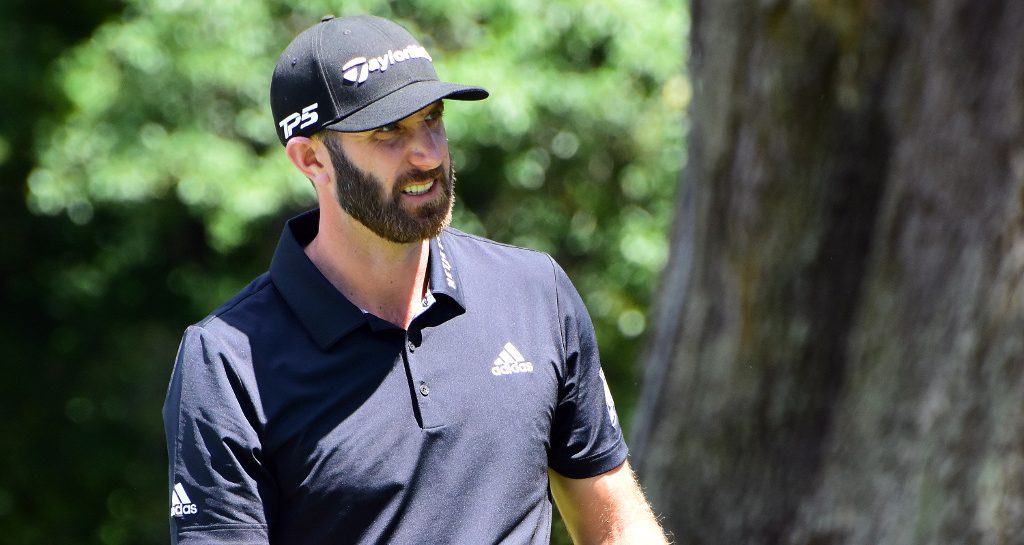 Dustin Johnson has a five-stroke lead going into the final round of the Tour Championship.

“It was very nice,” quipped Johnson after his sizzling six-under 64 around East Lake on Sunday.

“This golf course, if you hit the fairways, it’s still not easy, but it gives a lot better chance to shoot a good score. It’s difficult playing from the rough around here.

“I worked ion the driver a little bit yesterday afternoon after the round and obviously figured it out a little bit. I hit the driver really nicely… the fairway that I missed were just barely off. So I’ve got a lot of confidence with the driver and the way I’m swinging.

“I hit a lot of nice shots today and I’m going to have to go out and do a lot of the same tomorrow.”

Despite 22 PGA titles and a plethora of weeks at world number one, a lucrative FedEx Cup still alludes the South Carolina native. He hopes to correct that come Monday afternoon…

“Still got one more day. I like the position I’m in but I’m going to have to shoot a good score if I want to hold up the trophy at the end of the day.”