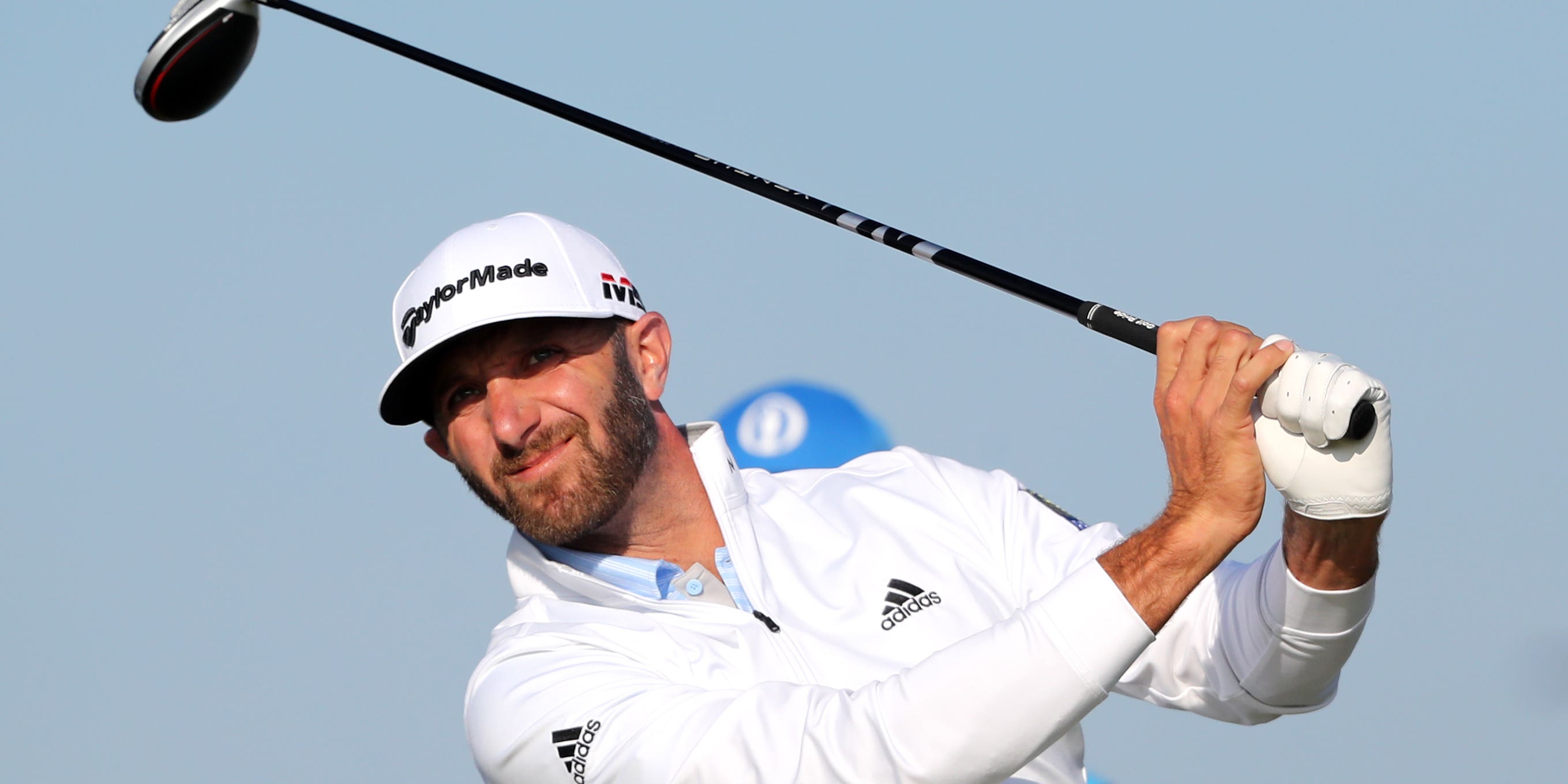 World number one Dustin Johnson will take a two-shot lead into the final round as he bids to win the Saudi International for the second time in three years.

Johnson, who was also runner-up in 2020, completed a delayed second round of 64 on Saturday morning and then added a 66 to reach 13 under par, with France’s Victor Perez also shooting 66 to lie in second place on 11 under.

Tyrrell Hatton, who won in Abu Dhabi a fortnight ago, is a shot further back alongside fellow Englishman Andy Sullivan, American Tony Finau and Denmark’s Soren Kjeldsen.

After completing the final four holes of round two in one under par, Johnson began the third round a shot off the lead shared by Ryan Fox and Stephen Gallacher.

Four birdies in the first 10 holes saw the Masters champion cruise into a two-shot lead and his only blemish of the week so far came when he found the water with his approach to the 13th to run up a double-bogey six.

“Felt like I played really well all day, other than 13, but I didn’t think I hit that bad a shot,” said Johnson, who birdied the 17th and 18th to give him a stroke average of 66.18 from his 11 rounds at Royal Greens Golf and Country Club.

“I pushed it a hair right of the flag but just came up well short of where I thought it would and ended up making six there.

“But other than that, I drove it well and hit a lot of really good iron shots in there to give myself a lot of good chances at birdie. Didn’t hole a whole lot of putts, but finishing nicely definitely helped the day out.

“I like the golf course. I think it sets up good for me. I’ve liked it since the first time I came here a couple of years ago. I feel like I’m swinging it well and giving myself all the chances tomorrow. Just need to hole a few putts.”

Perez carded four birdies in a bogey-free 66 and is relishing playing alongside Johnson in the final round as he looks to boost his chances of qualifying for a Ryder Cup debut in September.

“I think that’s as good as it gets and I’ll be very excited for the challenge,” Perez said. “I think this is all you strive for.

“I think the Tour is doing great at having some of those great players being here and playing and giving us the chance, mostly staying in Europe the last two years, of playing against those guys. It will be a great competition.”

Sergio Garcia’s 64 was the lowest round of the day and lifted the Spaniard into a seven-strong group on nine under par which also contains Viktor Hovland and Scotland’s Calum Hill.

Gallacher’s third round of 72 left him on eight under alongside Justin Rose, with Ian Poulter and US Open champion Bryson DeChambeau a shot further back.

Poulter was five under par after 10 holes before two late bogeys and said: “It’s utterly disgusting, is what it is. I’ve shot three under par and I’m fuming. It’s unbelievable.

“I could smash the living daylights out of everything right now. But that’s golf. It’s a great game. I’m trying to push to get back inside the top 50 in the world rankings.

“I put a lot of pressure on myself to perform well and I haven’t the last two weeks. I put myself in a position to perform great this week and I’m missing some chances. Just keep doing what I’m doing and maybe tomorrow they will go in.”