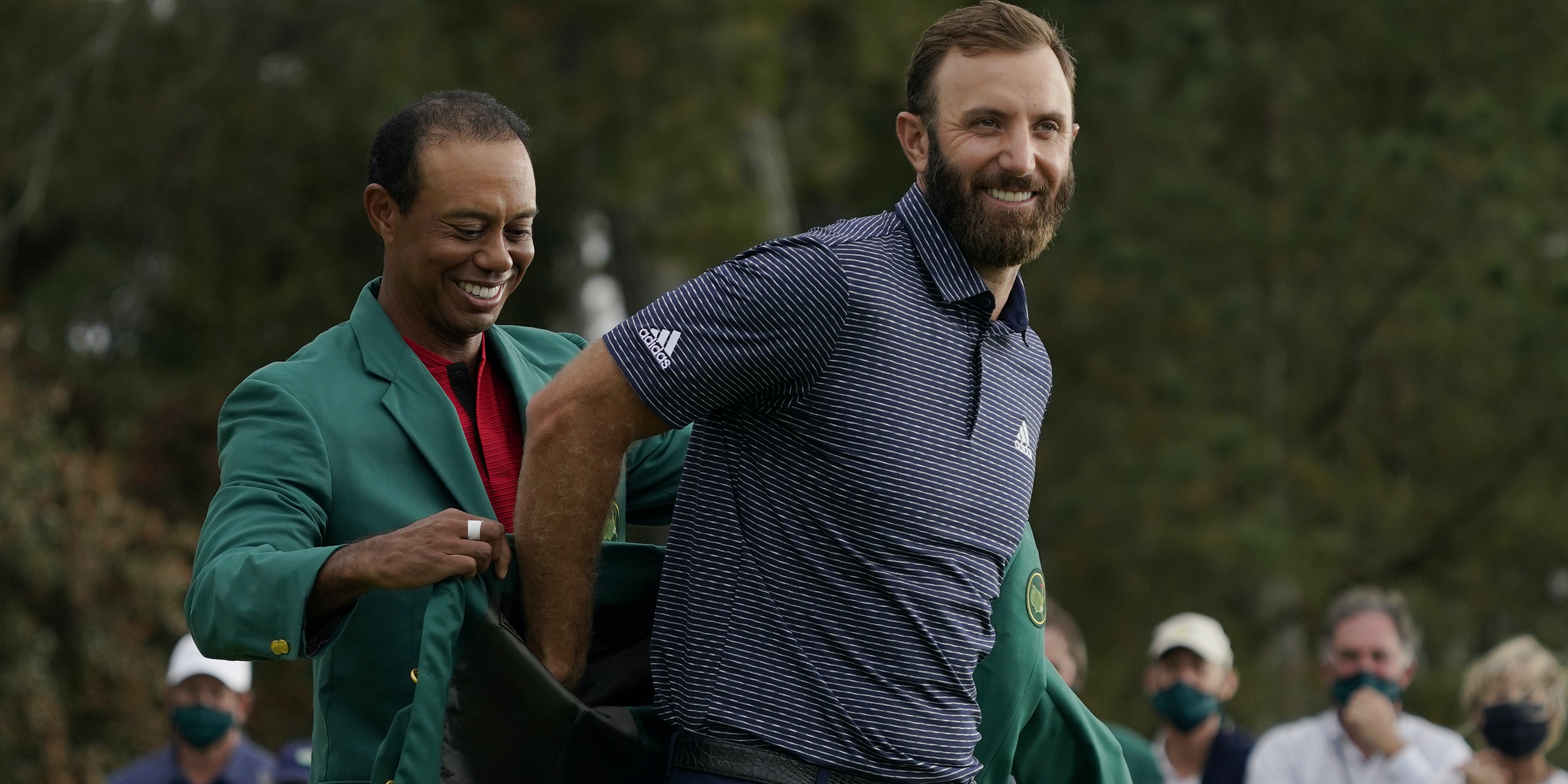 Dustin Johnson felt he was still dreaming after being presented with his green jacket for winning the Masters by defending champion Tiger Woods.

Johnson recovered from a somewhat shaky start to card a final round of 68 at Augusta National and win his second major title by five shots from Cameron Smith and Sungjae Im.

The world number one’s winning total of 20 under par set a new tournament record, beating the previous best of 18 under set by Woods in 1997 and equalled by Jordan Spieth in 2015.

“Honestly it still feels like a dream,” said Johnson, who grew up in South Carolina, around an hour away from Augusta National in Georgia.

“As a kid, dreaming about winning the Masters, having Tiger put the green jacket on you, it still seems like it’s a dream but I’m here and what a great feeling it is and I couldn’t be more excited.”

Johnson took a four-shot lead into the final round but saw that reduced to a single stroke after playing the first five holes in one over par while Smith and Im picked up two early birdies.

However, he responded well to birdie the sixth and eighth and a hat-trick of birdies from the 13th sealed a commanding victory to go with his 2016 US Open success.

“I bogeyed four and five but I didn’t let it bother me too much and hit a great shot into six and made a birdie,” Johnson added. “That settled me down a little and then after that I really drove the ball well from there to the house.

“It’s always tough to get it done in a major. No matter how good you’re playing it’s hard. I was nervous all day, I could feel it.

“The Masters to me is the biggest tournament. It’s the one I wanted to win the most. I’m just very proud of the way I handled myself and the way I finished off the golf tournament.”

Johnson shared the triumph with his brother and caddie Austin, adding: “It’s an unbelievable feeling to experience all this with my brother.

“He’s been a big help being on my bag. I love him being on my bag and I wouldn’t want anyone else there. To share all these memories and moments with him is incredible.

“I had to jab him a little on 18 because he was tearing up, made me tear up. I’ve still got to finish this off, I can’t be crying. It was a lot of fun, I will remember this for the rest of my life.”

Asked about holding the scoring record in the Masters, Johnson added: “It’s incredible. I played unbelievable golf all week.

“The condition of the course definitely helped the scoring a little bit, but it still played really well today. I thought it played really difficult, the wind was very tricky, so to have the scoring record is a great honour and I’m so excited that it’s hard to even talk.”

Johnson later tweeted: “A dream come true. I’ll remember this day at @TheMasters for the rest of my life. #themasters”