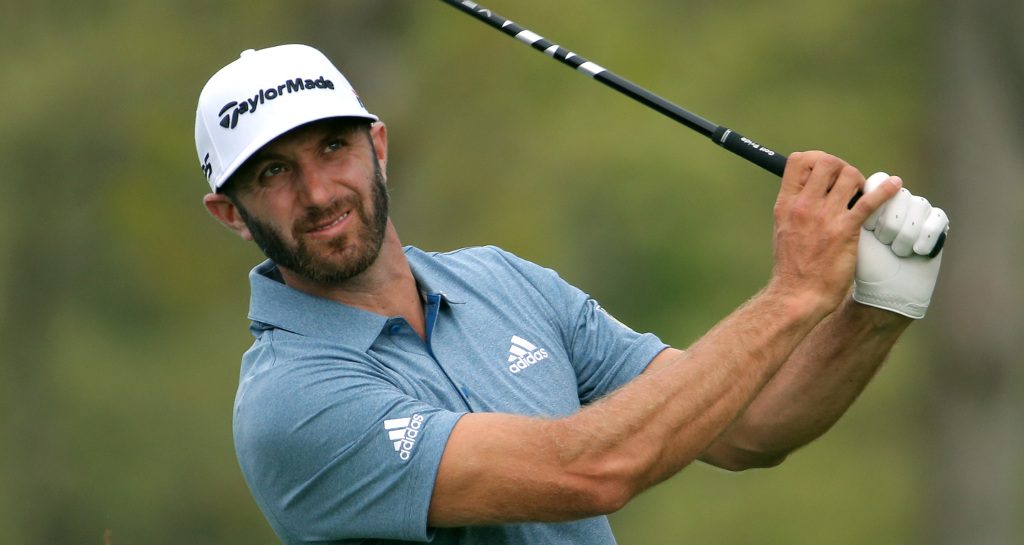 Dustin Johnson leads the Tour Championship at the halfway point despite his errant driver struggling to find fairways.

The world number one is one stroke ahead of South Korea’s Im Sung-jae after two rounds in the PGA Tour season finale. But it hasn’t been all smooth sailing. In fact, Johnson found the short stuff just twice in Saturday’s round at East Lake, matching his fewest fairways hit in a PGA Tour round.

This puts Johnson stone last in the field for driving accuracy, a fact not evidently not reflected on the leaderboard…

“I wouldn’t really say I struggled with my ball-striking, more driving it in the fairway,” admitted Johnson afterwards.

“It’s hard to strike it here when you’re not in the fairway. The few shots that I did hit off the fairway, I felt like I hit them pretty good… that was very few though.

“It was just one of those days. I shot even, but I had five or six putts horseshoed on me. It’s not that I didn’t play great, it’s just that I didn’t hit it great off the tee.

“The fairways are narrow, it’s hard to hit them. My ball is not going where I’m looking right now with the driver, but everything else feels really good. I’m going to go and work a little bit on the range here and I’ll figure it out and drive a little better over the weekend.”