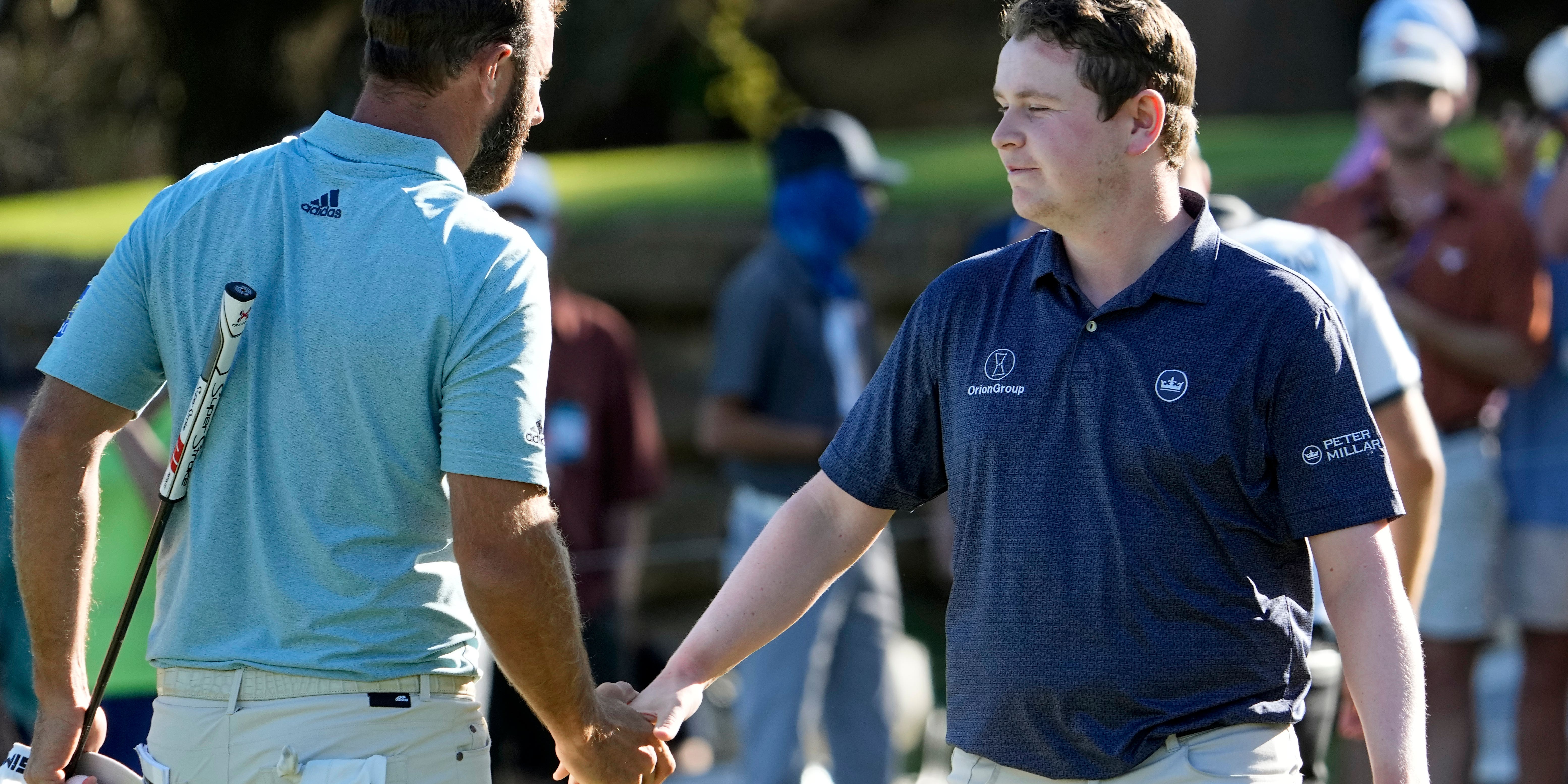 Johnson was two down with two to play at Austin Country Club, but the world number one and Masters champion made an eagle on the par-five 16th and birdied the 17th to leave both players with one and a half points from two matches in group one.

“He holed putts when he had to hole putts,” a disappointed MacIntyre said. “He does that to win numerous majors. I’m young. I’ve got plenty of time ahead of me.

“Obviously I was dying to win that match. I was in such a great position to do it. But he threw everything at me, and I can be proud of finishing there all square, but obviously inside I’m a little disappointed not to win.

“But once we walk away from here and get in the car and drive back to the house, it’s going to be, you know what, I can compete with these best guys on the planet.”

Thomas came into the event on the back of winning the Players Championship, but lost 3&2 to Matt Kuchar on day one and 2&1 to defending champion Kevin Kisner on Thursday.

Kuchar’s narrow victory over former Open champion Louis Oosthuizen means group two will be settled by Friday’s match between Kuchar and Kisner, a repeat of the 2019 final won by the latter.

Rory McIlroy recovered from his opening thrashing at the hands of Ian Poulter with a 4&3 victory over Lanto Griffin and then clarified his coaching situation after adding Pete Cowen to his team to work alongside long-time coach Michael Bannon.

“Michael is like a second dad to me, so Michael and I’s relationship and, I guess, agreement is still the same,” McIlroy said.

“It’s just the fact that I haven’t been able to see him as much recently, and then because there hasn’t been much continuity there, it feels like every time we saw each other it was almost like we were trying to do too much.

“I think Pete is out on Tour enough to give me maybe feels that I can play with and then stuff that I can work on on the range, because as everyone knows, it’s so hard to go out on the golf course and think so much about your golf swing.

“You need to be able to let that go and just be able to play shots. But if you have a couple little feels in there, it can help, and that’s sort of the reason that I’ve went down this road.

“It’s a very difficult game at times and I feel it’s testing me more than it has in the last few years and I feel the only way to get through it is put your head down and work on the right things. I feel like I’m on the right path.”

Matt Fitzpatrick kept his hopes of reaching the knockout stages alive with a 5&4 win over Canada’s Corey Conners, hopes boosted by Jordan Spieth finishing double-bogey, bogey to halve the other match in group 15 against Matthew Wolff.

Norway’s Viktor Hovland made an early exit after suffering a 4&2 defeat to Bernd Wiesberger, but Bryson DeChambeau bounced back from his opening loss to Antoine Rozner.

DeChambeau’s drive on the 10th was measured at just 46 yards after hitting a tree just in front of the tee, but the US Open champion went on to secure a 2&1 win in group five.

Tommy Fleetwood holds the upper hand in that group after beating Rozner 4&3 and takes on DeChambeau on Friday.