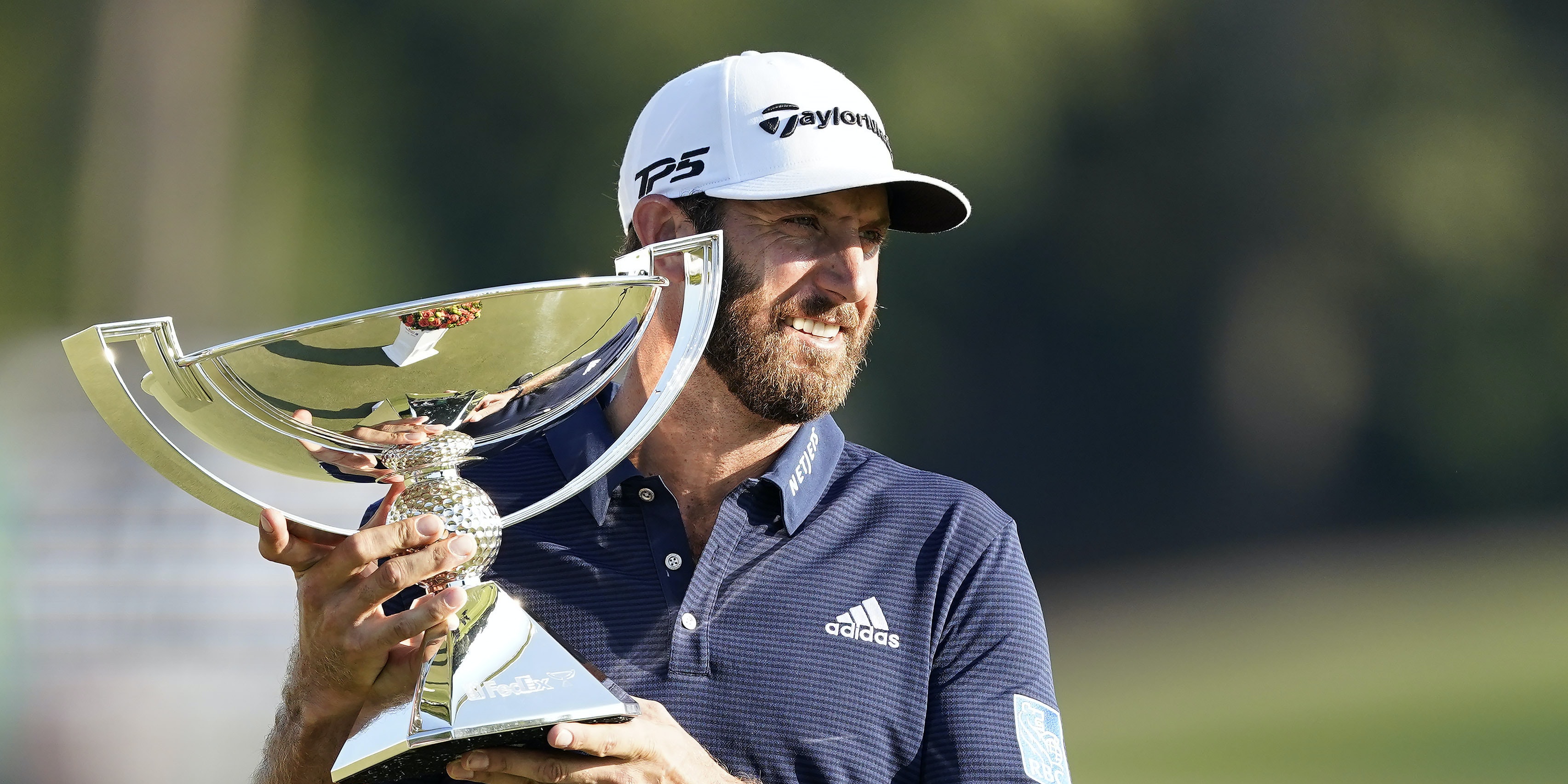 Dustin Johnson held off determined challenges from Justin Thomas and Xander Schauffele to win the Tour Championship, FedEx Cup title and the first prize of GBP 11.2million in Atlanta.

Johnson saw his five-shot overnight lead cut to two, first by playing partner Schauffele and then Thomas, but the world number one held his nerve to secure the eight-figure payday at East Lake.

A closing round of 68 gave Johnson a winning total of 21 under par, with Schauffele and Thomas sharing second place on 18 under following matching rounds of 66.

It was the fourth event in a row in which Johnson had led or shared the lead after 54 holes, aided by starting on 10 under par thanks to the controversial handicap system adopted last year for the FedEx Cup play-offs.

The 36-year-old finished second in the US PGA Championship, shot 30 under par to win the first play-off event by 11 shots and then lost a play-off in the BMW Championship, where Jon Rahm holed from 66 feet for birdie on the first extra hole.

Unsurprisingly, the last player to hold the 54-hole lead in four straight strokeplay events was Tiger Woods in 1999 and he won all four, starting with the US PGA Championship and ending with the Tour Championship.

“It means a lot, obviously it’s a very tough trophy to win,” Johnson said at the presentation ceremony. “I’ve been close several times.

“This time I did control my own destiny, I knew what I had to do. I had a lead but I still had to go out and play well today, I had a lot of great players right behind me and they played some great golf today.

“It got pretty close at the end, I knew I was going to have to come down the stretch and hit some golf shots and I’m very proud of winning the FedEx Cup trophy.

“I’m definitely playing the best I’ve ever played. I feel everything is dialled in pretty well. I’ve got a lot of confidence in every part of my game right now. I’ve got a couple of days off and then got to get ready for the US Open.”

Johnson’s five-shot lead made him a prohibitive favourite for victory and he responded to a flurry of early birdies from his rivals with three of his own in the first six holes.

Bogeys at the seventh and eighth gave the chasing pack hope and Schauffele birdied the 11th and 12th to get to within two of the lead as Johnson began to feel the pressure.

However, just when he had Johnson on the ropes, Schauffele let him off again with a bogey on the 13th after pushing his drive into the trees and fluffing his pitch from short of the green.

Johnson had also come up short of the green and hit a similarly bad pitch, but rattled in the par putt from 20 feet to extend his lead once more.

Schauffele got up and down from 130 yards to save par on the 14th following another errant drive and Thomas birdied the 16th to close within two of Johnson’s lead, only to promptly bogey the next after a wild tee shot.

Schauffele also birdied the 16th to keep the pressure on Johnson, but that was as close as he could get and Johnson finished in style with a birdie on the last.

Despite actually shooting the best score of the week, Schauffele had no complaints about having to start seven behind Johnson due to the handicap format.

“He deserves to win,” the 26-year-old said. “He won the first one, tied first (in regulation) in the second and won here. He obviously is playing great golf and I think that’s what the play-offs is all about.”

England’s Tyrrell Hatton fired a closing 66 to finish in seventh place on 12 under par, a shot ahead of defending champion Rory McIlroy.

McIlroy, who celebrated becoming a father for the first time with the birth of daughter Poppy a week ago, carded five birdies and two bogeys in a closing 67.