Dustin Johnson aiming for a big year in 2018 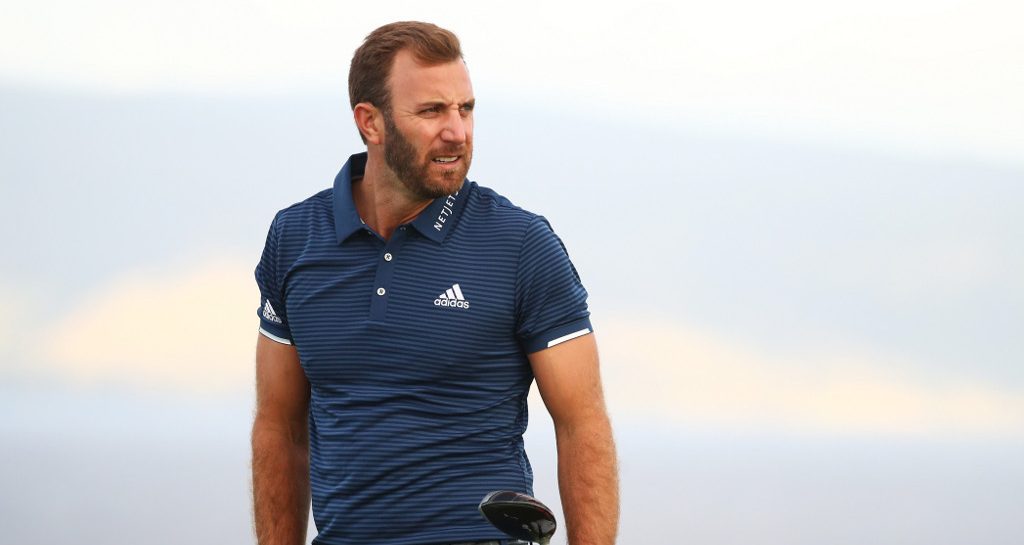 World No 1 Dustin Johnson will be looking to get his 2018 off to a flying start when the Sentry Tournament of Champions gets underway at Kapalua, Hawaii on Thursday.

Johnson, a winner in 2013, has finished inside the top 10 on four more occasions in his seven starts at Maui.

At 7,452 years, the Kapalua course suits his game to a tee, and he is well aware of it.

“This golf course, it’s a good golf course for me. I like it. It’s big. It’s pretty long. I can hit a lot of drivers. I enjoy it,” Johnson said on Wednesday.

Can't think of a better place to start the year #2018 @Sentry_TOC pic.twitter.com/8z5LBN23dE

The 33-year-old former US Open champion is looking to get back to the form of early last year, when he won three tournaments in the run up to the Masters before suffering a freak back injury on the eve of the tournament many had expected him to win.

The injury took him longer to recover from than initially thought.

“Probably for a good five months, it took a long time to recover from it,” he said. “It really affected my rotation through the ball.”

Johnson came back and notched another win at The Northern Trust in August, but now he feels he is almost back to where he was pre-injury.

“I feel like the game’s starting to get back to close to the form it was when I was playing so well there at the beginning of last year,” Johnson said.

After four tournament wins in an injury affected season, Johnson feels that perhaps he can win more this year, maybe even reaching the levels of Tiger Woods’ 9-10 win seasons, provided he can stay in form.