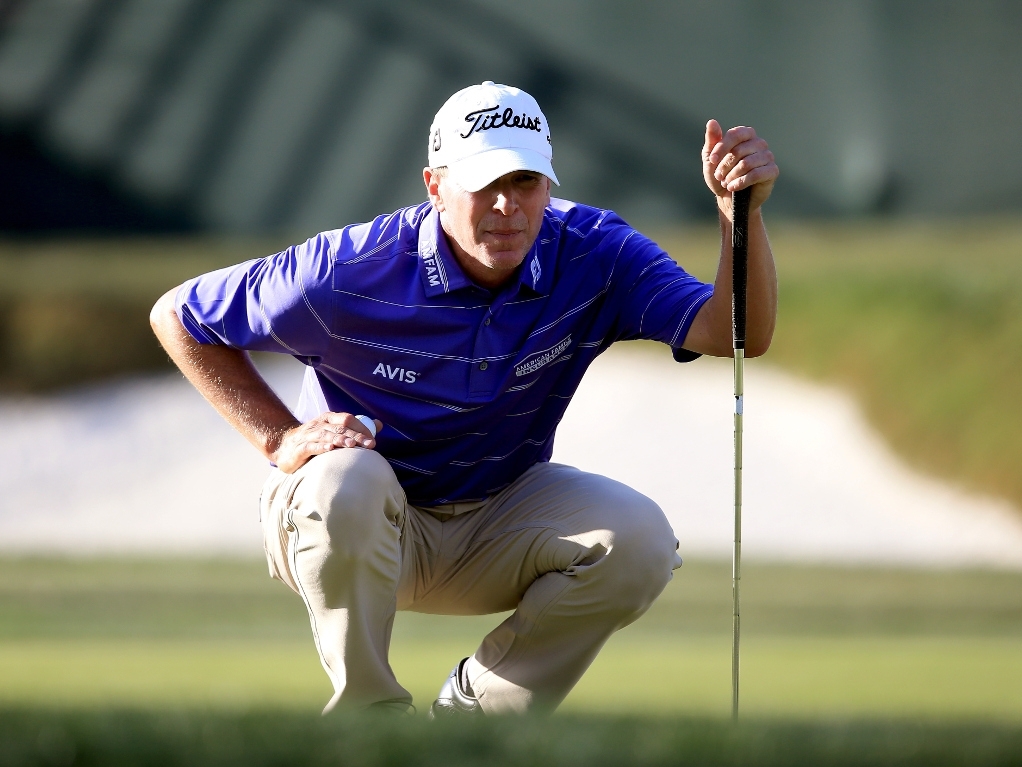 Steve Stricker returned from a three-month lay-off to secure a one-shot lead with partner Jerry Kelly after the first round of the Franklin Templeton Shootout.

The American pair – who won the tournament in 2009 – shot a 16-under par round of 56 in the scramble format at the Tiburon Golf Club, in Naples, to edge ahead of Harris English and Matt Kuchar.

Striker hadn’t played since September’s Deutsche Bank Championship, but his round included a 60-foot putt for eagle on the par five sixth, as he enjoyed a successful reunion with Kelly on the eighth time they have played as a double-act.

“We both kept the pedal down all the way around, we never let up,” said Stricker.

“We made a lot of good birdies, threw in an improbable eagle at the sixth hole, but other than that it was just good, solid golf all the way around, all the way to the end.

“Usually we have little hiccups here and there or a little lull period and today that never happened. We just continued that good play every hole really."

Former champions English and Kuchar have finished second for the last two years, with Jason Dufner and Brandt Snedeker pipping them to the 2015 title.

Dufner and Snedeker lie in joint fourth at 12 under par alongside Kevin Chappell and Kevin Kisner, and Luke Donald and Russell Knox, with those three teams a shot adrift of third placed Charles Howell III and Rory Sabbatini.

The teams will compete in modified alternate shot on Friday, before a final round of better ball.