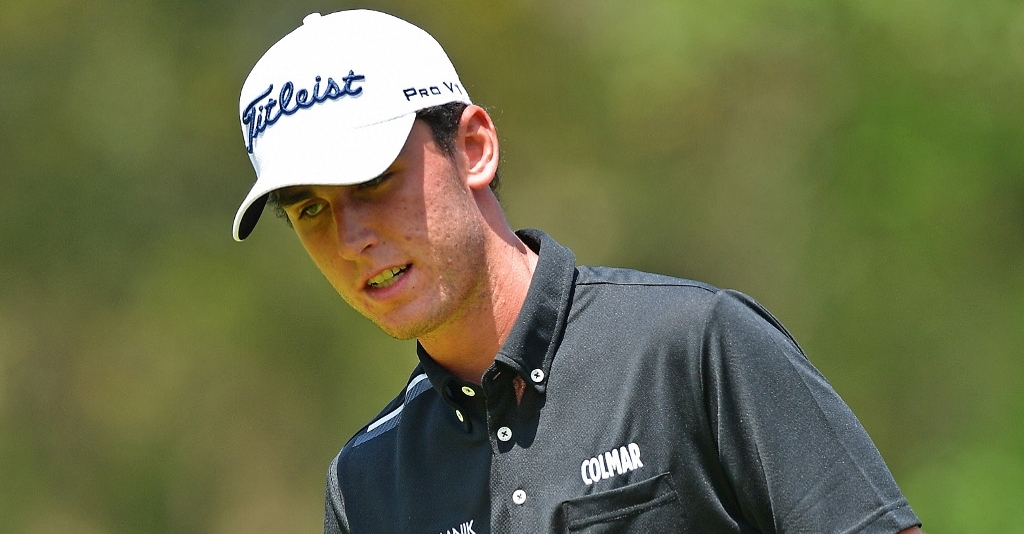 Irishman Paul Dunne will take a two-shot lead over young Italian Renato Paratore into the final round of the Trophee Hassan II in Morocco.

The 24-year-old from Dublin shot up a second successive four-under-par 69 to take his total to eight under par.

“As long as I can make everybody come after me, I’ll be doing ok.”

That was two strokes clear of Paratore, whose seven-under-par 66 was the best round by any player on the challenging Royal Golf Dar Es Salam course this week.

Paratore’s impressive round saw him rise a full 38 places up the leaderboard into sole second place.He made eight birdies in all, dropping only one shot at the par-4 14th.

“I played really well today, holed a lot of putts and that helped me a lot today,” said the 20-year-old, who hails from Rome.

“Everything was good and then in the last six holes, I finished really well so it was a great round.

“I played really solid from the tee and the short game was really good too. I think it is probably the best round on the European Tour. It’s a nice thing for me, it’s always good to shoot a course record.

“It’s a really tough course because from the tee it’s narrow and the greens are really tight so it’s a good test. It’s really nice to play in the final groups tomorrow, it will be a very nice day.”

Scores after 54 in Morocco

Lying in a tie for third on five under are Denmark’s Lasse Jensen, Englishman Paul Waring and Pablo Larrazabal of Spain.

The trio are one shot clear of six others, including Edoardo Molinari, Gregory Bourdy and Gregory Havret, who held the lead overnight but had to settle for a disappointing 75 on Saturday.