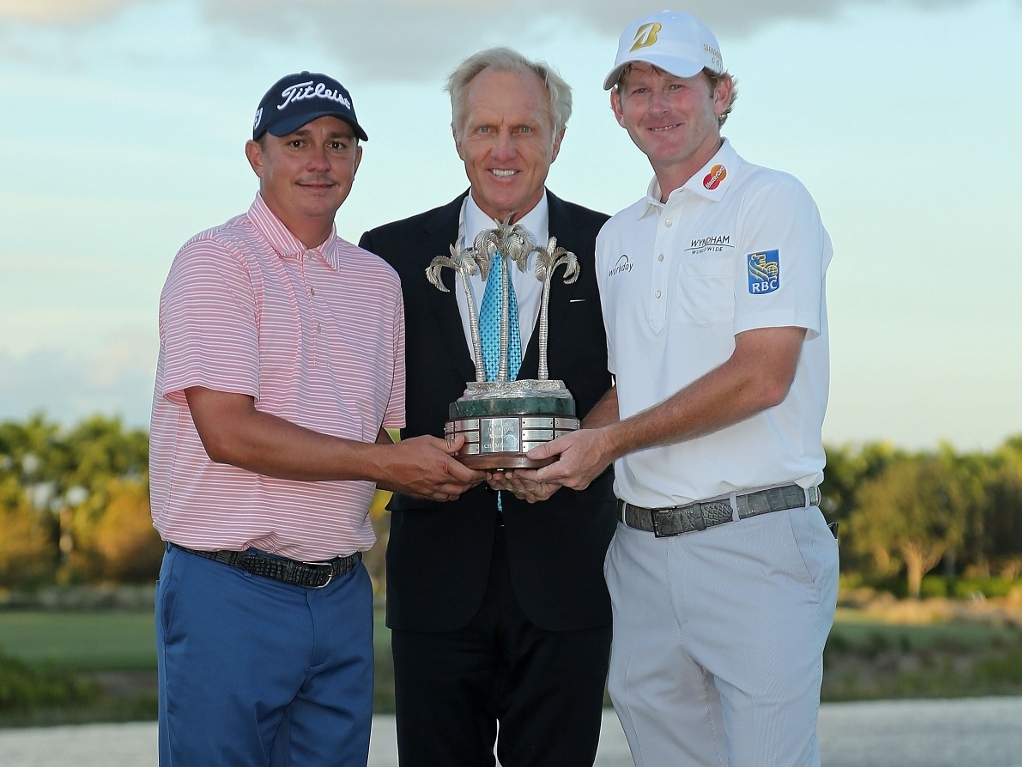 Jason Dufner and Brandt Snedeker carded an 11-under-par 61 to win the Franklin Templeton Shootout by two strokes on Saturday.

Dufner and Snedeker, who were paired for the first time, finished with a total score of 30-under-par 186 while 2013 winners Matt Kuchar and Harris English came second as they ended on 28-under.

Daniel Berger and Charley Hoffman were in third on 27-under while defending champion Cameron Triangle, who was paired with Camilo Villegas as Jason Day withdrew from the event due to the birth of his daughter, were nine strokes adrift of the lead in fifth.

Kuchar missed a four-foot birdie putt at the 15th and a 20-foot eagle putt at the par-five 16th that would have given him and English the lead. Instead, they were tied for the lead with Dufner and Snedeker heading to the 17th.

Dufner converted a five-foot birdie putt at the 17th to put him and Snedeker in front while Kuchar’s shot on the 18th found the water. Snedeker took advantage of Kuchar’s error and sunk a birdie from the bunker at the 18th to complete the win.

The two-stroke win gives Snedeker his first title since he triumphed at the AT&T Pebble Beach National Pro-Am in February while Dufner had not tasted victory since winning the 2013 PGA Championship.